The Killing of Victor Kilian 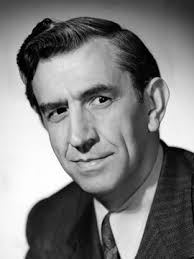 I first knew (or noticed) character actor Victor Kilian (1891-1979) from his hilarious role as Grandpa Larkin, the Fernwood Flasher, on Mary Hartman, Mary Hartman (1976-77). He’d had over 65 years of show biz experience under his belt by that point, and was only a couple of years away from a horrific end.

Kilian was from Jersey City. He became a professional actor circa 1909, starting out in vaudeville and with traveling stock companies. From 1926 through 1935 he appeared in 21 Broadway productions, none of which lasted more than a few weeks. The longest, a 1926 revival of O’Neill’s Beyond the Horizon, lasted a couple of months. Towards the end of that period, he also began to appear in Vitaphone shorts, which were shot in nearby Astoria Queens. These included The Side Show Mystery (1932) with Donald Meek, Artistic Temper (1932) with Ruth Etting, Passing the Buck (1932) with Alexander Gray, Wrongorilla (1933) with Jack Haley, and the ironically titled You’re Killing Me (1933) with Ray Collins and Jane Allyn (who was more often credited with the spelling “Jane Allen”).

In 1935 he moved to Hollywood, and began a long career as a character actor in over 100 features. His roles ranged from walk-ons to decent secondary parts, but he had a very memorable face, physicality and voice, so he always made an impression. Kilian seemed sort of world weary and irritable. He could be a clerk or a villain’s henchman or even a lawman in a western, but he seemed to regard whatever it was he had to do as a pain in the ass. He could play mean characters, but usually of the sort who couldn’t be bothered to deliver a coup de grace. Almost as often he played preachers, and twice he even played Abraham Lincoln — and these too were types who had seen too much misery, and had the weight of the world on their shoulders.

Starting in the 1970s, there was demand for his services as an “old timer”. During this period, he appeared on The Brady Bunch, Kojak, Gunsmoke, Planet of the Apes, The Jeffersons, and that stint as a flasher on Mary Hartman, Mary Hatman and Forever Fernwood. His last performance was in a 1979 episode of All in the Family. It aired posthumously.

Between that show’s taping and its broadcast, the unthinkable happened. Kilian, 88 years old, was found beaten to death in his apartment, apparently by someone with a passkey to his room, or by someone whom he’d invited in. What makes this incident especially strange is that five days earlier, 83 year old character actor Charles Wagenheim, who’d appeared in that SAME episode of All in the Family, was also found beaten to death in a separate and unrelated incident. That was one cursed episode of All in the Family! Interestingly, Kilian had played a desk clerk in a seedy hotel in the episode — probably not worlds away from the living conditions of both men (L.A. is full of those joints). Anyway, here is where I usually plug my vaudeville book, but instead I think I’ll hook up you with two thoughtful articles about Kilian’s demise, one at Memories of Hollywood, one at Creepy L.A.

Some think his ghost haunts the Lido Apartments to this day. I’m not sure if he would make more of a scary ghost or more of an amusing one. But it’s a chance I’m willing to take. Come on, Ghost of Victor Killian! Show yourself!  But not too much! Close that trench coat!