Ruth Hiatt: A “Star” Who Rose Just So Far 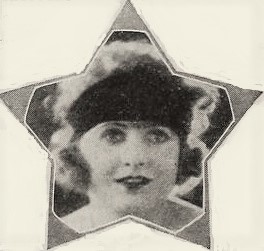 January 6 is the birthday of one of the few WAMPAS Baby Stars we haven’t written about yet Ruth Hiatt (1906-1994). Interestingly, Hiatt was born on the exact same day as another leading lady of comedy films whom we wrote about this morning, Dorothy Appleby, although Hiatt started her career at a younger age, and lived four years longer than Appleby.

Born in Cripple Creek, Colorado, Hiatt moved to San Diego with her family, where she briefly became a child actress with the Lubin Company, appearing in The Inner Chamber (1915) and The Vigilantes (1918). She chose to focus on her education through high school graduation, although she did study classic dance.

1922 was the year she went professional, and achieved near immediate success. That year, she briefly worked as a model for a fur company, and played an extra role in Douglas Fairbanks’ Robin Hood. But her big break came when Lloyd Bacon and Lloyd Hamilton cast her as Hamilton’s leading lady in a series of comedy shorts for Educational. The association with Hamilton lasted for a couple of years, although the dynamic shifted somewhat after she took first place in a Venice Beach beauty contest and began working with Educational’s other comedians, especially Lige Conley, Cliff Bowes, Eddie Lyons, Lee Moran and George Ovey.

In 1924 Hiatt was named to the prestigious roles of the WAMPAS Baby Stars, although, unlike the majority of cases, it didn’t lead to bigger things for her, which is one of the reasons we hadn’t yet profiled her here. She remained at almost the precisely same level of show business during her remaining dozen years in the movies. That doesn’t mean good things didn’t happen. For example, she began working for Mack Sennett and Hal Roach as well as Educational. Raymond McKee was one of her most frequent co-stars, she starred with in dozens of comedy shorts including nearly two dozen “Jimmy Smith” comedies. With Harry Langdon she appeared in the classic short Saturday Afternoon (1926) and the feature Long Pants (1927). Other great comedians she clowned with in the silent years include Al St. John, Billy Bevan and Andy Clyde.

When talkies came in Hiatt continued to work in comedy shorts. In 1930 she re-paired with Hamilton for some Educational comedies. She co-starred with Charley Chase at Roach. She’s in the classic Three Stooges comedy short Men in Black (1934), and the Our Gang comedy Beginner’s Luck (1935). For all intents and purposes her movie career ended in 1936, just as Educational, Sennett and Roach all stopped producing shorts. Her last was Radio Barred, with Johnny Arthur and Dorothy Sebastian. She returned for an extra role in Harry Langdon’s Double Trouble (1941) but her last real part had been five years earlier.

Thus Ruth Hiatt was to live nearly six decades after her last real part in a movie! She worked a portion of that time in the make-up business, a fitting line of work for a former beauty queen.

For more on slapstick comedy films and these great comedians don’t miss my book Chain of Fools: Silent Comedy and Its Legacies from Nickelodeons to Youtube