On the Late, Lamented Jack Riley 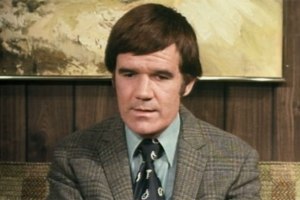 Everyone loved character actor Jack Riley (1935-2016). I considered a tribute to him at the time he passed a couple of years ago, but here follows a more thorough one than I would have done at that time.

Riley was a Cleveland native. His first show biz fame came on local Cleveland radio with comedy partner Jeff Baxter. This was the same market in which young Tim Conway and Ernie Anderson also flourished. Both became friends and supporters of Riley over the course of his career. Years of doing live comedy at army bases also helped season him as a performer.

Then, the role he became best known for, that of Mr. Carlin on The Bob Newhart Show, a role he played from 1972 through 78. Riley’s dry, deadpan, relentlessly negative and paranoid interactions with Newhart were cherished, highly anticipated moments on the show. In sum, he was Newhart’s most popular neurotic. He later reprised this role on St. Elsewhere (1985), ALF (1987) and Newhart (1988).

Other shows Riley appeared on (and this is only some of them) include Cannon, Columbo, Police Woman, Kung Fu, Happy Days, Alice, Barney Miller, Eight is Enough, Fantasy Island, The Love Boat, Diff’rent Strokes (several episodes), Night Court (several episodes), Married…with Children, Friends, and Seinfeld. He was a regular on Andrea Martin’s short lived sitcom Roxie (1987), and in the various manifestations of The History of White People in America.

In his latter years Riley became best known for cartoon voiceover work, especially the part of Stu on Rugrats, and its various sequels, spinoffs and movies. His last pro credit was supplying the voice of a “Ghost Cat” on The Garfield Show in 2011. That voice was unmistakable.