Someone, somewhere declared December 21 “Short Girl Appreciation Day”. We’ve profiled many a funny lady of stage and screen who answered the description; and here are some of them. For the sake of clarity, this list does not include Little People, a separate though beloved taxonomic category in biology and on this blog. Little People are statistically rare and smaller still. The women we celebrate today were simply at the low end of what is considered usual; most of them stood about 5′ 0″ or below. (Don’t bother us with any of those towering behemoths of 5’3″ please!) Just click on the links below to learn more about the performers.

I think we can say without fear of sounding judgmental that Mae possessed the foible of vanity. Thus, unlike most of the other ladies on this list, she did not exploit her short stature for comedic purposes, but instead sought to hide it. Hence her habit of wearing extremely high heeled shoes, which in turn exaggerated her distinctive walk. 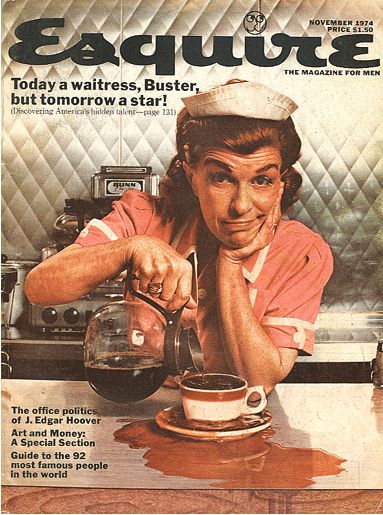 The “Quicker Picker Upper” was the daughter of vaudevillian Dewy Barto, who was almost as small as she was!

Dooley often played babies in comedy sketches on the stage. Today she is best remembered for doing so in revues with W.C. Fields.

Peanuts Byron’s credits went back to the silent days, and she also could be seen in Laurel and Hardy films — see above where he portrays a li’l nurse. 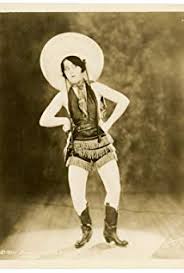 Promising silent comedy star whose high water mark was co-starring in the Toots and Casper comedies. She came to a sad end a few years after the advent of sound, as chronicled here. 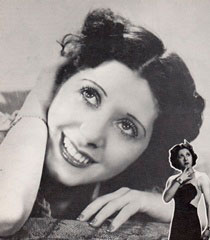 Did you know she was only 4’11”? I had no idea, but it certainly explains her frequent pairing with Mickey Rooney! 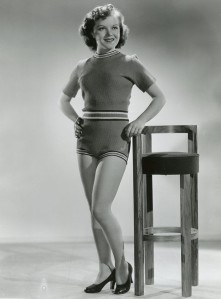 Star of musicals of the ’30s, stood under 5 feet tall.

Not a comedienne per se but she certainly held her own in screwball comedies like Sullivan’s Travels and I Married a Witch. In many films she was paired with the short-statured Alan Ladd, so as to de-emphasize his own low altitude. 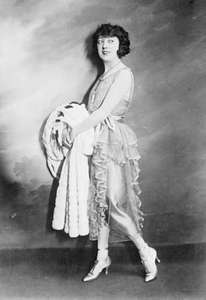 We bend the rules a little to include Mabel: she stood 5’1″, but is far too big a comedy giant NOT to include!

Honorable mention: Debbie Reynolds and Joan Rivers were both 5’2″ but we’d better stop now or we’ll soon be doing the actresses who were seven feet tall, defeating the entire purpose.