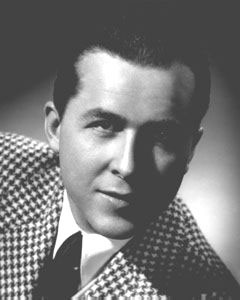 A brief encomium today on that sitcom (and rural comedy) God Paul Henning (1911-2005). Henning was originally a singer, performing on local radio in his native Missouri. He became a writer by default — there was no one else to write the patter for him between songs, so he jumped in and did it. In 1937 he sold a spec script to Fibber McGee and Molly and was on his way as a radio writer, penning scripts for that show, as well as Rudy Vallee, Joe E. Brown and George Burns and Gracie Allen. When George and Gracie moved to TV in 1950 so did Henning. between radio and TV he worked for George and Gracie for over a decade. He also wrote some scripts for The Dennis Day Show (1952) and Where’s Raymond? (Ray Bolger’s sitcom, 1953) and created, wrote and produced The Bob Cummings Show (1955-59).

Writing screwy, simple-minded jokes for Gracie was good preparation for where Henning made his biggest mark. A native Missourian, he began to get feet wet in rural humor, writing scripts for The Real McCoys (1957-59), and The Andy Griffith Show (1961). 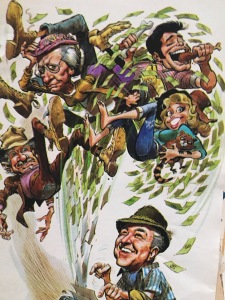 Finally in 1962, he launched his masterwork, The Beverly Hillbillies (1962-1971), which he created, produced and wrote for — and even composed the memorable theme song. Then, the popular spinoffs, Pettitcoat Junction (1963-70), and Green Acres (1965-71). For most of the Vietnam War era, the character of CBS’s comedy program was largely influenced by Henning. Then, in the early ’70s, CBS implemented the so-called “rural purge” which we wrote about here, and his shows were all canceled! 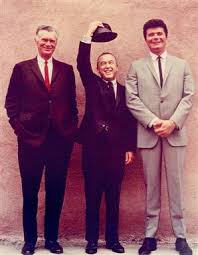 What a turnaround! From having three shows on the air, Henning went to doing practically nothing in show business. Which is a little surprising, given his former productivity. He even had a burgeoning career as a screenwriter to fall back on. He’d cowritten the screenplays to the Doris Day/ Rock Hudson/ Tony Randall comedy Lover Come Back (1961) and the Marlon Brando/ David Niven/ Shirley Jones comedy Bedtime Story (1964). But after the purge, there were only regurgitations. The inevitable reunion TV movie The Return of the Beverly Hillbillies (1981), and the 1988 remake of Bedtime Story with Steve Martin and Michael Caine, Dirty Rotten Scoundrels. The 1993 Beverly Hillbillies movie updated the franchise with a different cast. I saw it in theatres when it came out, never dreaming that Paul Henning was still alive! He was 93 when he passed away in 2005.