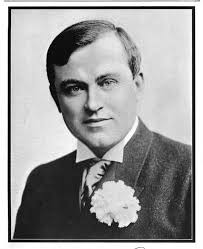 Born and raised in Boston, McAloon started out in minstrel** shows as a teenager under the name Andrew Williams, becoming particularly associated with the song “A Violet from Mother’s Grave”. He broke into vaudeville in 1892, just as the big circuits were being established. 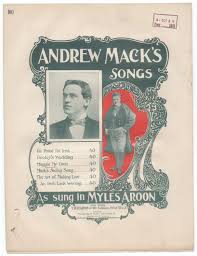 In the 1890s, he began singing his own tunes, and it as a songwriter that he is best remembered today. His most lasting contribution was “The Story of the Rose (Heart of My Heart)” (1899), which became popular in the repertoires of singing quartets, and was referenced in the later 1926 song “The Gang That Sang Heart of My Heart” by Ben Ryan. Just to be perverse I’m tempted to write a song about Ryan called “The Guy Who Wrote ‘The Gang Who Sang Heart of My Heart'”, just to keep the thing going. 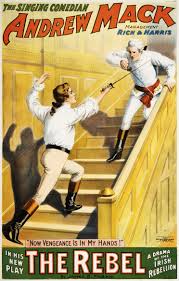 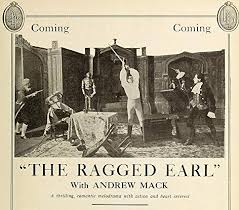 Mack also dabbled just a little in films. He wrote the story for the 1915 melodrama The Unpardonable Sin (1915). As an actor he appeared in The Ragged Earl (1914) and Bluebeard’s Seven Wives (1925). He starred in the former film; the latter is more of a cameo — Ben Lyon, Blanche Sweet, Dorothy Sebastian, and Sam Hardy all have bigger parts.

To learn more more about vaudeville please read  No Applause, Just Throw Money: The Book That Made Vaudeville Famous.