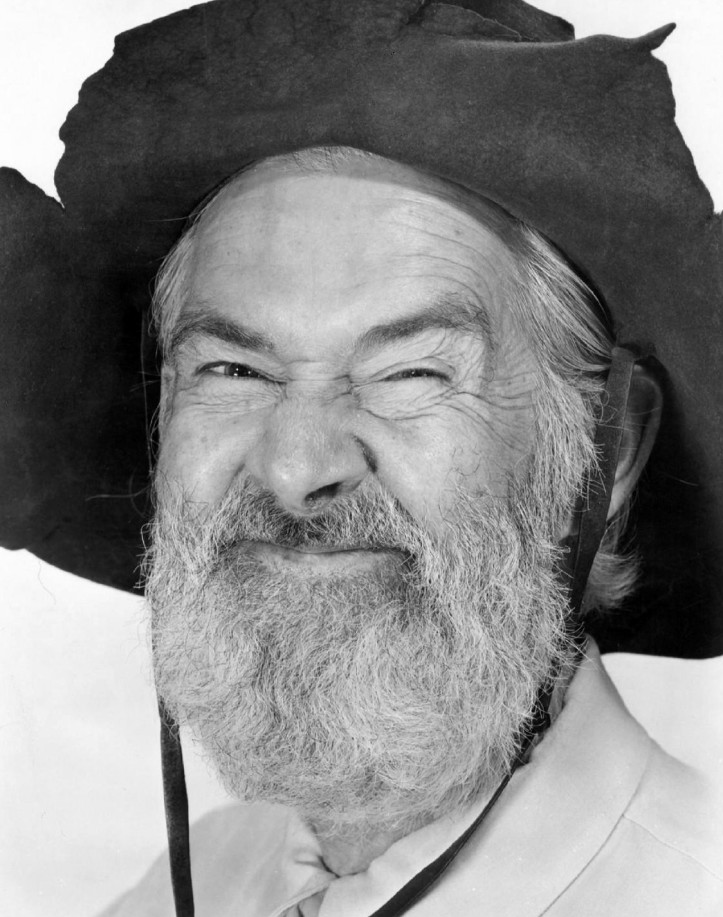 Hayes was a favorite performer of my father. He’s always been interesting to me as well as a little elusive. There were probably a good two to three dozen famous western sidekicks on movie screens back in the classic studio era. Hayes would make almost anybody’s short list of the most famous and beloved of those guys, in the top five or half-dozen anyway. And yet, he’s not really in any classic films that mainstream movie watchers might know nowadays (unlike, say, Andy Devine in Stagecoach, or Walter Brennan in Red River or Rio Bravo, for just a couple of examples.) The Plainsman (1936) with Gary Cooper would be a good example of one of Hayes’ rare “A” pictures.

It wasn’t until I began my hardcore western-watching project over a decade ago that I began to see Hayes — and see him I did in dozens and dozens and dozens of westerns playing the sidekick or (sometimes the villain) in B movies of the ’30s and ’40s starring Hopalong Cassidy, Roy Rogers, Gene Autry, John Wayne, Randolph Scott, Wild Bill Elliott, and others. It was Hayes, more than any other, who defined the type in the popular mind: grizzled, toothless, spitting, dirty, blinky, twitchy, hunched over, gimpy, simple-minded, suspicious, woman-hating, but loyal. And he owned all those folk expressions, like “Durn tootin’!”, “Consarn it!” “dadgummit” and “whippersnapper”.

The wild thing is, and this is a bit of trivia I picked up from my dad as a kid, was that Hayes was a Yankee and a back-East Dude from upstate New York. He never even rode a horse until he was in his 40s. Offscreen, he was a distinguished, well-groomed, well-spoken gent who didn’t much like westerns (he found them repetitive, which is of course true of the B pictures, though not the first class ones). His father owned a hotel in Stannards, New York, which is in the western part of the the state near the Pennsylvania border. In addition to the Hayes Hotel, his father was involved in oil production. His uncle was a vice president at General Electric.

In 1902, the teenage Hayes ran away from home to be in show business, performing with stock companies, circuses and in vaudeville. In his youth he also played semi-pro baseball. Hayes flourished in vaudeville for over a quarter of a century, performing with his wife Olive after 1914. They saved up a good pile of money and had just retired at the end of the ’20s when the stock market crash obliterated their savings. Hayes had to go back to work again. It was wife who suggested he try the movies, which had only recently begun to talk.

Initially he was in films of every genre. His first film was the 1929 musical The Rainbow Man with Eddie Dowling. He has bit parts in Top Speed (1930) with Joe E. Brown and Frank Capra’s Dirigible (1931). But he pretty quickly found his niche in westerns. From 1935 through 1939 his screen named was Windy Halliday. He changed the name Gabby in 1940. It seemed to go well with his grumbling talkative nature and his lack of teeth. Hayes’ last western film was The Cariboo Trail (1950) with Randolph Scott. After he was a familiar face on television, hosting The Gabby Hayes Show on NBC from 1950 through 1954, and on ABC in 1956. His last tv appearances on tv were in 1958.

For more on vaudeville history, including long time veterans like George “Gabby” Hayes, please see my book  No Applause, Just Throw Money: The Book That Made Vaudeville Famous,