“Trapper John” and “House Calls”: A Chronology of Comic Doctors

April 17 was the natal day of the late Wayne Rogers, whom we eulogized here upon his passing a couple of years ago. I thought today would be a good occasion to straighten out a little sitcom snarl as it were, an area of vague confusion I’m willing to bet exists in the public mind, one that vexed me a little at least at the time. The facts are these, chronologically:

In 1970, Elliott Gould became the first person to play the character of Dr. “Trapper John” McIntyre in Robert Altman’s hit film MASH, based on the Richard Hooker Novel. 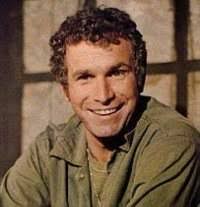 From 1972 through 1975, Rogers played a very different version of the character on the tv sitcom.

In September, 1979 CBS launched Trapper John, M.D. starring Pernell Roberts, best known until that time as the oldest son on Bonanza. The concept of the show, which was set in the present, was that Trapper was now the authority figure (chief of surgery at a major hospital), who frequently had to wrangle a maverick younger doctor who was a Vietnam Vet, played by Gregory Harrison. Technically the show was an hour long drama, but it had its gently comical aspects. For legal reasons, the show was considered a riff on the 1970 film MASH, and not the 1972 series M*A*S*H, which was still going strong and would be through 1983.

Then, in December, 1979, this confusing thing happened:

Rogers, so closely identified with the character Trapper John, who was now being played by another actor on another show, was hired to play another comical doctor in the tv version of House Calls. It was as though “Trapper” concept had split into two people on two shows via existential mitosis. Both shows were on CBS and coexisted for three years. House Calls, which co-starred Lynn Redgrave and David Wayne, ended in 1982. Trapper John M.D. ended in 1986.

But that doesn’t mean that for four years Trapper John, M.D. cornered the post-MASH racket. Oh, no! For in 1983, this happened:

AfterMASH was a proper spinoff of the M*A*S*H tv series, which had ended in 1983. It posited a world in which Colonel Potter (Harry Morgan), Klinger (Jamie Farr), and Father Mulcahey (William Christopher) all work together at a Missouri hospital following the Korean War. So now there were two post-Korean War MASH spinoffs happening simultaneously. AfterMASH ran for two seasons, through 1985. Quite a MASH-up!