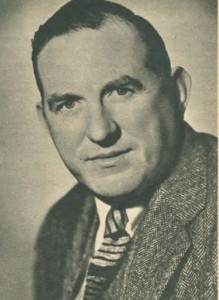 Movie buffs all know that Ed Begley, Jr.s dad, Ed Begley (1901-1970) was an Oscar-winning character actor. The elder Begley’s years prior to his film career might be less well known, but are quite impressive.

Originally from Hartford, Connecticut (or as we pronounce it in Southern New England, Hahtfud), Begley was the son of Irish immigrants. He acted in amateur theatricals as a boy, then ran away from home at 11 years old and worked as a pin boy in a bowling alley, and is said to have performed in circuses, carnivals, fairs and vaudeville in his early years. He also worked at a variety of other jobs and did a hitch in the navy.

Begley often gets mixed up with yet a third actor named Edward J. Begley, whose Broadway career stretched from 1898 through circa 1921. Even IBDB has them mixed up. But our Begley seems to make it there in 1943 with the show Land of Fame (1943). At around the same time he broke into radio playing Charlie Chan in the eponymous detective series.

Middle age suited Begley’s type well. He often played sort of gross characters, sweaty, unpleasant, with thick bushy eyebrows and a face like a potato. You just know he had hairy earlobes. His characters were generally messy, with his tie crooked, his hair sticking up. They were also ill-tempered and nasty. He was one of those guys with a smile that’s worse than his frown — it was like the smile of a hyena before he eats your guts out. 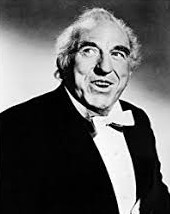 1947 was the year he broke out into the sun. He starred in the original Broadway production of Arthur Miller’s All My Sons, and had a role on the Hollywood movie Boomerang!, both of them directed by Elia Kazan. In 1948 he appeared in 4 films, the best known of which is Sorry, Wrong Number.

In 1949, Ed Begley, Jr. was born — to a woman who was not the elder Begley’s wife. Amazingly, the child was raised in the Begley home, never learning until much later that he had a different biological mother than the one from the one he had always known.