The Streets of San Francisco: The Passing of a Torch 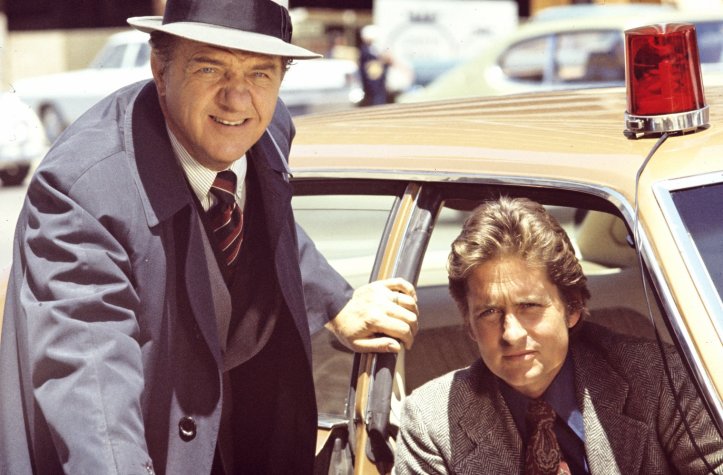 March 22 is the birthday of Karl Malden (Mladen George Sekulovich, 1922-2009). Malden was a Serbian-Czech steelworker from Gary, Indiana who took classes at the Goodman in Chicago, then came to New York, where he got involved with the Group Theatre. He was in the original Broadway production of Arthur Miller’s All My Sons (1947) and Maxwell Anderson’s Truckline Cafe (1946), the first starring role for the unknown Marlon Brando. He then went on to win an Oscar for his role in the 1951 movie version of A Streetcar Named Desire, had a huge pivotal role in On the Waterfront (1954), co-starred in Brando’s directing debut One-Eyed Jacks (1961), was in John Ford’s last western Cheyenne Autumn (1964), and played Omar Bradley (a big, memorable part) in the box office smash Patton (1970). Enormous acting chops and a stellar career under his belt, including much work I didn’t list just now.

But I didn’t know any of that as a kid when I saw him in his role as Lt. Mike Stone on The Streets of San Francisco (1972-77). Only in retrospect as an adult am I beginning to parse out a phenomenon that was taking place at that time. I think it was largely about nostalgia. There was a huge wave of stars who had first come on the scene in the 1950s who were now being placed at the centers of their own cop show vehicles: Peter Falk in Columbo, Angie Dickinson in Police Woman, Jack Lord in Hawaii 5-0, Dennis Weaver in McCloud, Rock Hudson in McMillan and Wife, Raymond Burr in Ironside, James Garner in The Rockford Files , Telly Savalas in Kojak, George Peppard in Banacek. All these names meant something to older people in the ’70s. They came with previous associations. But to kids they would forever by framed and defined by the tv show itself. There’s an irony there, because the tv show had patrially been created as a kind of basket to collect a million memories and associations which the audience had with the actors up until now. Only now do I see Karl Malden’s trench coat and fedora as a heavily freighted, symbolic costume. It evokes the era both Malden and his character came from much more than that of 1972 (not unlike the effect created by Gene Hackman’s hat as Popeye Doyle in The French Connection).

In retrospect there was something unique in a star of Malden’s distinction taking this cop role at this stage in his career. But one can see the appeal. He’d always been a character actor, an ensemble player, a second banana riding in the sidecar. This was a chance to be the star, the leading man. Playing a cop (car chases, foot chases, gun play) was also less usual for him, although not entirely out of character. He’d done plenty of action, although usually in westerns. And there’s something about San Francisco as a setting that he fits into nicely. A gritty ’70s cop show set in a town with a waterfront recalls On the Waterfront. The iconic shots of San Francisco can lead to a chain of associations. Hitchcock had shot all those Frisco landmarks in Vertigo; Malden had worked with Hitchcock in I Confess. 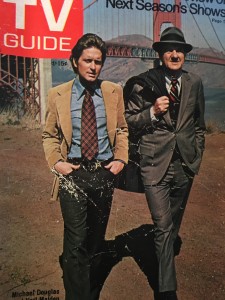 The other, probably the key element of the success of The Streets of San Francisco (especially) in retrospect is that one is watching the passing of a torch. Malden’s co-star on the show was a young Michael Douglas, in his first big, high profile role. Symbolism there, too, since he was the son of another ’50s star, Kirk Douglas. The show was all about a mentorship, of the older SFPD 20 year veteran, teaching practical knowledge to this young college kid, representing a new, very different generation, the Baby Boomers. Malden was Douglas’s acting mentor as well. (The relationship was not unlike the one between Robert Young and James Brolin on Marcus Welby, M.D.)

A torch was really being passed, as Douglas was to become one of the biggest Hollywood stars himself in the 1980s and ’90s, often in roles (e.g. Basic Instinct) that evoked the one he played in The Streets of San Francisco. Malden slowed down after the show went off the air. Notable movies he appeared in included Beyond the Poseidon Adventure and Meteor (both 1979) and his high profile American Express commercials. His last professional credit was in 2000. In 1979, Douglas produced and co-starred in The China Syndrome, a box office smash that earned ten times its costs. He was just getting started.