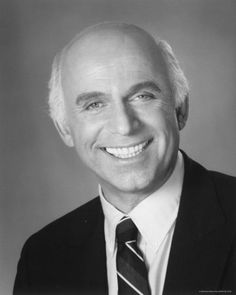 MacLeod is a pretty Scottish surname, but it isn’t his; he took it to honor his acting teacher Beatrice MacLeod. He’s a hard guy to peg. Most of us would identify that accent as “New York”, he’s actually from nearby Westchester County. The unusual last name “See” is English. His working class father claimed to be part Chippewa; his mother was Irish. MacLeod studied drama at Ithaca College and served in the Air Force, both excellent preparation for the career he would come to have. He worked as an usher at Radio City Music Hall before finally breaking in to the business as an actor. The cat’s clearly got a thing for uniforms.

If you think about Gavin MacLeod at all, and if you’re reading this blog, I’ll assume you do, you probably think of him in terms of three tent pole roles on three succeeding situation comedies: McHale’s Navy (1962-1965), The Mary Tyler Moore Show (1970-1977), and The Love Boat (1977-1986. And if it’s not a sit com, why’s it have a laugh track?). But if you’re an inveterate pop culture consumer, then you’ve probably seen MacLeod pop up in many other roles over the years, so let’s take a look at the big picture.

Through most of his career, MacLeod was cast as guys who were somehow dark or shifty, a factor, I think, of those steely blue eyes and New York (i.e. “untrustworthy”) accent. Those who (like me) first encountered him as the sunny, funny Murray on Mary Tyler Moore have got to be shocked when they see him in earlier parts — most of his other roles are kind of mean and nasty, or at least, like the Captain on The Love Boat, cold and reserved. Another interesting common thread that runs through many of his early roles, is that he’s often cast as a serviceman in war or military scenarios.

MacLeod’s professional debut was in a 1957 episode of The Walter Winchell File. Look at these roles! He plays a punk named Turk in The True Story of Lynn Stuart (1958), a drama about a lady undercover narcotics officer. Then he’s a dude named “Mac” in Young and Wild (1958). Then he switches sides and he’s a cop in the Barbara Graham bio pic I Want to Live! (1958) starring Susan Hayward. While his parts were all small, he worked in major films right from the get-go: in 1959 alone he’s in Compulsion, Pork Chop Hill, The Gene Krupa Story, and Operation Petticoat. The latter film would lead to later work with director Blake Edwards.

At the same time he was doing tons of guest shots on tv. He played Mel’s brother on The Dick Van Dyke Show. he played several different criminals on The Untouchables including “Three Fingered Jack”, “Porker Davis”, and “Whitey Metz”.

Starting in 1962, MacLeod played Happy Haines on two seasons of McHale’s Navy and then returned to appear in the quality theatrical motion pictures McHale’s Navy (1964) and  McHale’s Navy Joins the Air Force (1965).

MacLeod reportedly left McHale’s Navy to take a role in The Sand Pebbles (1966) which was indeed a major film, but MacLeod is perhaps twelfth in the billing below many bigger stars. It seems to have been a risky choice, but he continued to get tons of work in both film and tv. He played a movie producer in Blake Edwards The Party (1968). He played Nazi officers in several episodes of Hogan’s Heroes. Look at this!:

The he was in another major motion picture, the World War II caper comedy Kelly’s Heroes (1970). This time, he was about sixth in the billing, behind Clint Eastwood, Telly Savalas, Don Rickles, Carroll O’Connor and Donald Sutherland. 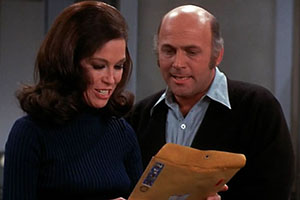 Then came Murray, the tv newswriter he played on The Mary Tyler Moore Show (1970-1977). Murray was an interesting part of the ensemble, less prominent than the characters played by Moore, Ted Knight and Ed Asner but he became important over time. It seemed like it took the creators a while to figure out what his character was about, but eventually they nailed it, and he became an indispensable part of the ritual and rhythm of the show. He always seemed to breeze in and out of his workspace next to Mary’s at just the right time to deliver a wisecrack. It got where you were waiting for his remarks. His other major function, forgive me, was to be Mary’s “gay friend”. The character’s not gay (why, he’s married to Joyce Bulifant!), but he’s Mary’s non-sexually threatening shoulder to cry on in the office. It always struck me as sort of gay “coded” — there was an archness to his insults of Ted Baxter, and the character seems a little swish, and he wore those flamboyant outfits. Oh, wait a minute, it was the ’70s. Never mind.

Then something truly rare happened. When Mary Tyler Moore wrapped, MacLeod stepped immediately into yet another hit series, one in which his new character totally overshadowed his previous one. Stern and humorless, The Love Boat‘s Captain Stubing initially seemed to be there to be the butt of jokes, as authority figures often are. But the show didn’t quite have that tone. The characters may have ribbed the Captain gently behind his back, but they didn’t dislike him. He was the most important man on the ship, he just needed to lighten up. I always found it odd that we never saw the bridge or the engine room or encountered any of the nautical crew. I guess the idea is we’re to experience the show as the passenger’s do — it’s a “floating hotel”. All I know is that if I were on a cruise, I’d be far more interested in the ship itself than dancing the Limbo in the Lido Lounge. Anyway I’ll be blogging more The Love Boat in coming months. The show ran nearly a decade, and MacLeod continued to play the Captain long afterward in ads for Princess Cruises. It is now MacLeod’s best remembered role. If you Google him, most of the pix are in his Captain’s whites.

After The Love Boat, MacLeod continued to act in film, tv and live theatre. He briefly left his wife, then reunited with her and became a Born Again Christian as part of the process. He wrote a book about the experience called Back on Course. He’s also hosted a tv show by the same name on the Trinity Broadcasting Network for nearly 20 years. His most recent film was The Secrets of Jonathan Sperry (2009) with the late Robert Guilliaume. 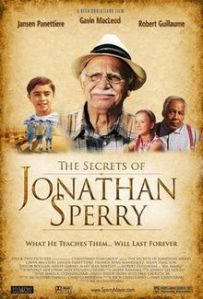