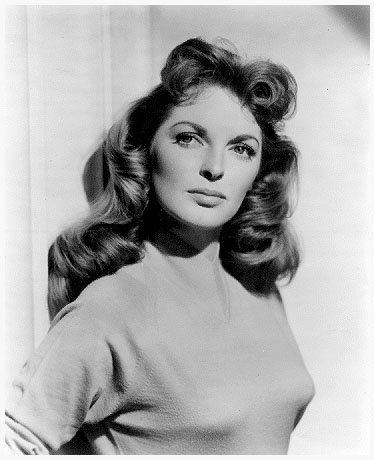 Those of us of a certain age remember her primarily as the beautiful, soft-spoken middle aged lady who played Emergency Room Nurse Dixie on Emergency! (1972-1979). 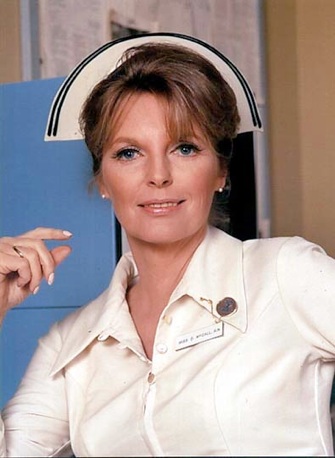 I was too young to know it then (or care much) at the time but clues to London’s interesting show business back story are woven into fabric of Emergency! Creator/ producer Jack Webb had been her husband from 1947 to 1954. 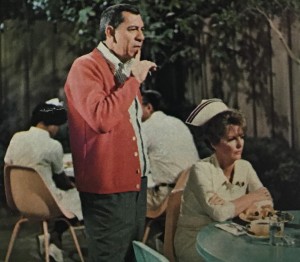 In 1959 she married songwriter/ pianist Bobby Troup, who played her colleague on the series, Dr. Joe Early. Troup, known for writing such its as “(Get Your Kicks On) Route 66” and the Little Richard song “The Girl Can’t Help It”, provides the real key in to London’s past. 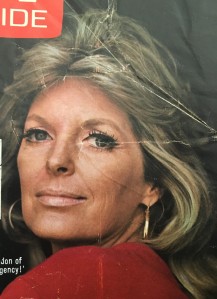 London was the only child of song-and-dance vaudeville team Jack and Josephine Peck. Raised in Southern California, she started singing with her parents onstage and on the radio as a very small child. She attended Hollywood Professional School, a high school for show biz kids, and was working as a pin-model in her late teens.

At only age 18 she got a lead role opposite Buster Crabbe in the B movie Nabonga (1944). She continued to act in movies through the 1950s, often in westerns. A couple of her more notable films include The Red House (1947) with Edward G. Robinson, The Fat Man (the screen version of the popular radio show, 1951), and Anthony Mann’s Man of the West (1958), opposite Gary Cooper.

Meantime in 1955 she had broken out as a singer in nightclubs, on record and on television. That year she had a hit with “Cry Me a River”, produced by Troup, which would thereafter be her most popular her song. Billboard rated her Most Popular Female Vocalist for 1955, 1956 and 1957, and in 1957 she made the cover of Life Magazine. 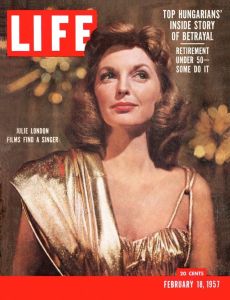 London recorded 32 LPs over her long career. In the 1960s, most of her screen credits were on television, in guest shots on dramatic series, singing on variety shows, and as a panelist on game shows. She suffered a stroke in 1995 and passed away in 2000.