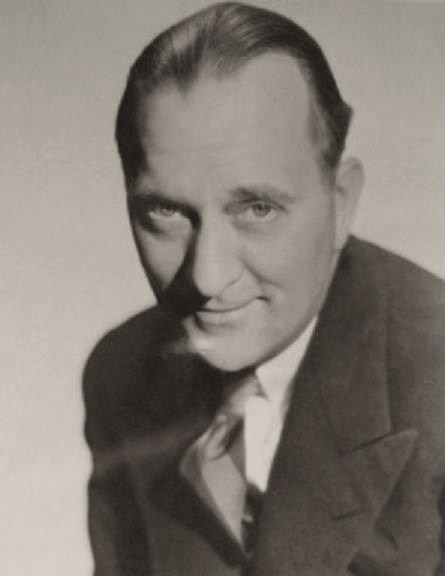 Missouri native Lynne Overman (1887-1943) was a character actor in vaudeville, legit, and films known for playing sidekicks and sardonic wiseguys. With eyes heavy-lidded, he talked and smiled out of the side of his mouth. He seemed worldly-wise, like he had been around.

Overman had been a racehorse jockey in his teenage years but sprouted up and came to be on the tall side and so moved to the stage. He was briefly in a minstrel** company, and made his straight stage debut in Milwaukee in 1907. For years he barnstormed vaudeville and the legitimate stage. The Billy Rose Collection of the New New York Public Library’s Performing Arts Division has a wonderful collection of his scripts. In vaud, he appeared in one acts and sketches like “Mary’s Ankle” by May Tully, “Dog Eat Dog” by Homer Mason, “Good Time Charlie” by Paul Gerard Smith, “The Highest Bidder” by Everett Ruskay, and “The Professional Fool” by Eric Blore. Full-lengths he toured with included Farewell Performance by James Ramsey Ullman; The Death Ray by Harry Mountford; and Snare Drum by Louise Closser Hale.

From 1919 to 1932 he as a star of Broadway, appearing in about a dozen plays and musicals, the best remembered of which is Hot-Cha! (1932) with Bert Lahr, Lupe Velez, and Veloz and Yolanda. 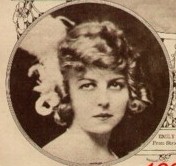 Sometime around 1922 he married former Ziegfeld girl Emily Drange. Drange had only just begun to move up to proper roles in shows like Sally with Marilyn Miller (1920-22) and Orange Blossoms (1922). She retired from the stage immediately after this: whether it was because she’d become Overman’s wife, or because of health problems which were reported in the press is not known.

In the last years of his Broadway period (1928-1934), Overman starred in a half dozen Paramount comedy shorts made at their soundstages in Astoria, Queens. Immediately after this he moved to Hollywood to act in features. Notables ones he appeared in include Frank Capra’s Broadway Bill (1934); the Shirley Temple vehicle Little Miss Marker (1934); Poppy (1936) with W.C. Fields; the Preston Sturges-penned Hotel Haywire (1937), The Big Broadcast of 1938; Cecil B. DeMille’s epic western Union Pacific (1939); and the classic Roxie Hart (1942), which became the basis for the musical Chicago. Overman was felled by a heart attack at age 55. His last film was The Desert Song (1943), directed by Robert Florey.