On Elvira and Goth Burlesque 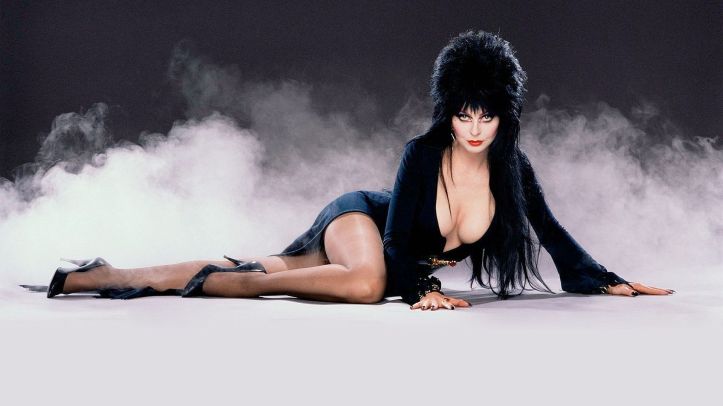 Well naturally, it’s not Elvira’s birthday, but Cassandra Peterson’s and I won’t tell ya what year that is because a gentleman never divulges. Go look it up!  As for Elvira’s birthday, I guess it’s whatever day Peterson first donned her signature Goth costume and wig — ascertainable, I suppose, but for some archaeologist besides myself to dig up.

Ironically, to my mind anyway, Cassandra is a much better name (for the character and in general) than Elvira. When she first broke nationally in the early ’80s I was pretty unimpressed, finding her act too much derivative of Vampira…Lily Munster…Morticia Addams, and a million others….and her jokes and delivery struck me as lame, even if intentionally so. In time, I have really come to appreciate her and to see the subtleties (ha!) that set her apart. What Peterson brings to the part is BURLESQUE. And what’s truly interesting is that she brings both sides to the part: the comedy, and the sex.

Her whole background in show biz prepped her for this approach. An All-American Girl who grew up in Kansas and Colorado, she worked as a go-go dancer in high school, and then moved to Las Vegas to be a showgirl. She claims to have lost her virginity to Tom Jones, and to have dated Elvis. You can see her as a Vegas show girl in the James Bond movie Diamond Are Forever (1971) and as a topless dancer in the movie The Working Girls (1974). She modeled for men’s magazines, fronted rock groups, had bit parts in movies and tv, and performed comedy with The Groundlings, all of which would come to inform her most famous character.

In 1981, she was hired as a campy horror host by local L.A. station KHJ when Vampira walked out over a disagreement. Peterson put everything she knew into the creation of Elvira. What was new about it was the amount of sex. She showcases her legs (dancer’s legs!) and cleavage to a far greater degree than any predecessor, and her attire, make-up and wig are all on the glamorous side: still Goth, but much less like a corpse in a shroud. And there is a greater profusion of corny jokes, a downright Youngman-esque scale of proliferation.

And now? Now there is a bit of nostalgia, too. She’s been at this 36 years. I associate her with my MTV-watching days. And while that is MY past, she is also a wonderful link with the performers who came before her. She is a creature of show business tradition, in addition to being Mistress of the Dark.

I’m starting to get excited: only 43 days until Halloween!