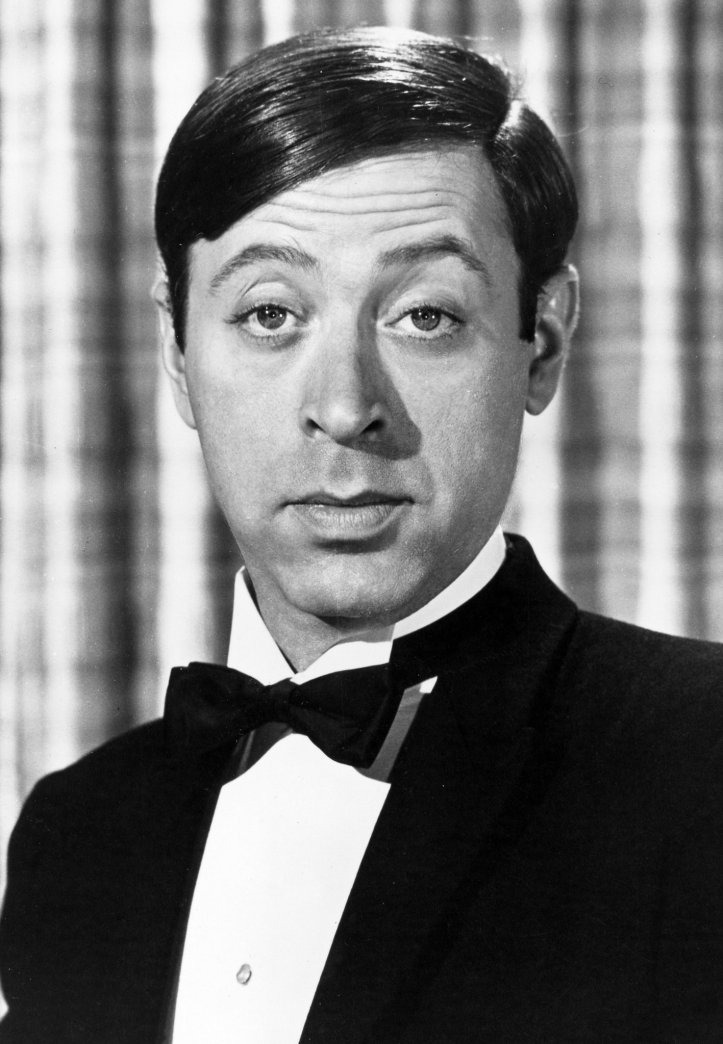 Today we honor the character comedy contribution of the late actor Steve Franken (1932-2012). The son of a Hollywood agent, Franken had an easy entree into film and tv roles, although he never flew higher than recurring and guest shots on tv, and bits parts on screens big and small. But he was instantly recognizable, almost walys showcased prominently and to advantage.

His first recurring part was as a snooty rich kid on The Many Loves of Dobie Gillis, although that was before my time. But I grew up watching him in other things. His smallish stature and large staring eyes made him perfect for playing callow, sheltered and privileged young men: mama’s boys, nephews, clueless heirs, and psychiatry patients.

He had a memorable and prominent turn as the drunken butler in Blake Edwards’ The Party (1968):

He played several characters in 7 different episodes of Bewitched including Cousin Henry and Bruce, the Loch Ness Monster.

He’s in five episodes of Love American Style, two of The Mary Tyler Moore Show (as one of Mary’s serious boyfriends). He had a great scene in Westworld (1973) as the terrified technician Richard Benjamin encounters in the desert.

He’s in the “Chopper” episode of Kolchak: The Night Stalker. He’s a shrink in the spooky 1975 movie The Reincarnation of Peter Proud. He plays Molly Picon’s son in Murder on Flight 502. He’s a perp in two episodes of Barney Miller. He’s in two Jerry Lewis movies: Which Way to the Front? (1970) and Hardly Working (1981). The Curse of the Pink Panther (1983). On and on, in places expected and unexpected throughout the decades. One of his later credits was in an episodes of Angels and Demons (2009).