Today is the birthday of the influential illustrator Howard Pyle (1853-1911).

A mutual love of illustration was one of the first things that brought my wife and I together — our second date (our first official one) was a lecture on Charles Addams. Naturally she, whose entire life is illustration, has a much vaster knowledge and grasp of the form. But that it’s important to me at all, you must admit, is a genuine point of overlap in this world of American men who love nothing other than football, duck hunting, and chain restaurants that serve hamburgers with pizzas for buns.

Anyway, books with Pyle illustrations were important to me in my childhood, chiefly The Merry Adventures of Robin Hood (1883) and Otto of the Silver Hand (1888). Pyle was a man very much in tune with his times: his subject matter is almost all bellicose, patriotic, adventurous, imperialistic and male, mostly stuff about knights and pirates and battles. He was from a Delaware Quaker family — he seems to have rebelled not only by being an artist, but by letting his imagination roam to romantic, often violent, places. The Arthurian Legend was a major thread of his work, and he also collaborated on some books about American history with Woodrow Wilson (when he was still a professor) and Henry Cabot Lodge. His sister Katharine Pyle (1863-1938) was also an illustrator and children’s author; the pair collaborated on an 1888 book called The Wonder Clock, which had a tale for each hour of the day: 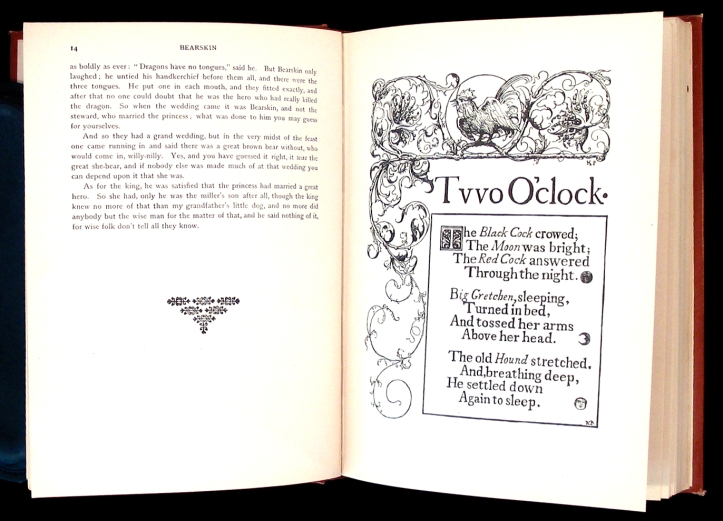 One of the myriad pleasures of fatherhood was getting to share Otto with my boys. Otto’s hand is a silver prosthetic because an enemy of his father’s chopped it off. The world is cruel, but Otto is good because he was raised by gentle monks. I always wanted a monkish haircut as depicted in Pyle’s illustration, which was also used on the books’ cover: 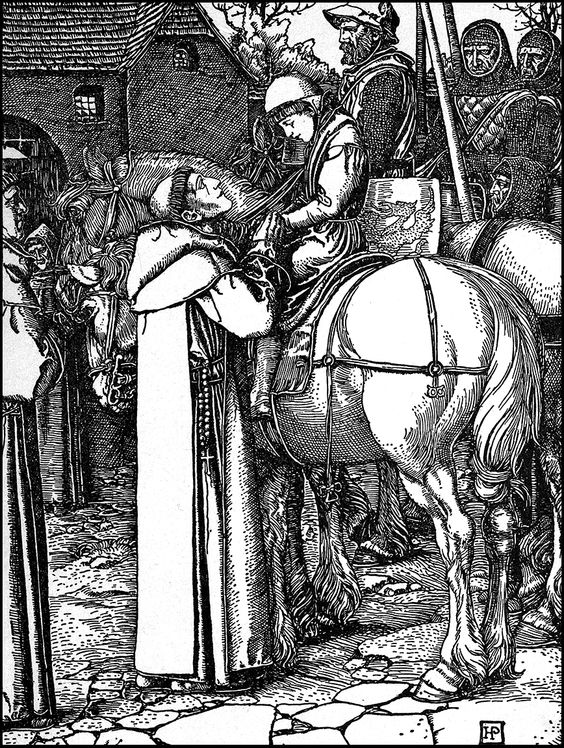 I was thrilled to see some Pyle originals at the National Museum of American Illutstration in our recent trip to Newport. Here’s one we saw on view there, from Tales of Pirates and Buccaneers: