For National Bird Day: The Bird Acts of Vaudeville

I’m informed that it’s National Bird Day, which raises the interesting question, “Is it National BIRD Day? Or NATIONAL BIRD Day?” i.e., a day to celebrate all of our avian friends, or just a day to sing the praises of the bald eagle? Well, I know it’s the former, but it does remind me of the old Bob and Ray routine wherein the announcers mistake ground HOG meat for GROUNDHOG meat.

At any rate, I’m sure the intention of today’s observation is supposed to be about naturalism or preservation or something, but I am going to subvert it entirely by celebrating the working beast,the birds who sing for their supper strictly for human entertainment. In his book Vaudeville, Joe Laurie, Jr had this to day about bird acts:

“There were a lot of cockatoo acts (they were easy to train): Swain’s Cockatoo’s, Merle’s Cockatoo’s, Marzella’s, Lamont’s, and Wallace’s. They walked the wire, rang bells, put out a fire in a toy house, etc. Very entertaining. There were Marcelle’s Birds, Camilla’s Pigeons, Conrad’s Pigeons, and of course Olympia DesVall’s was the best bird act of them all. There was also Torcat’s and Flora D’Alizas Educated Roosters, followed by Kurtis’s Educated Roosters.” 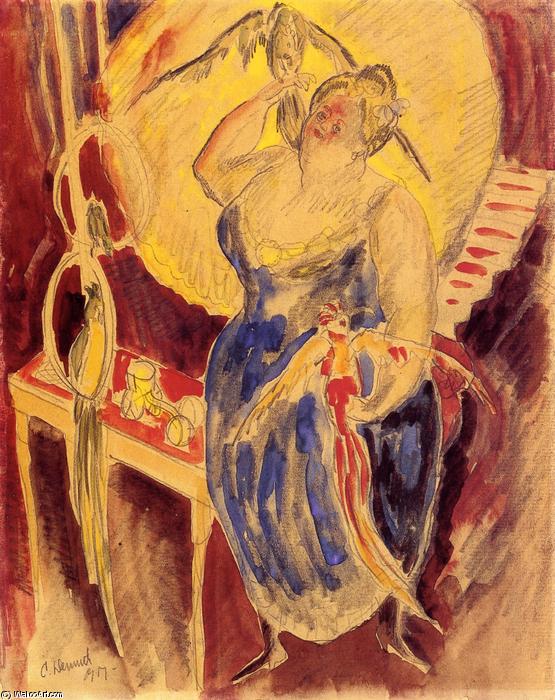 Burlesque dancer Yvette Dare worked with macaws and parrots who were trained to undress her to music.:

Rosita Royce was nother burlesque act who worked with birds. We’ve done an entire post on her. Here’s another one of Madame Marzella, circa 1896