Fields Fest continues this week into mid-December with three informative and entertaining talks shedding light into lesser known aspects of the early career of beloved screen comedian W.C. Fields, each one in a different borough of NYC for your convenience!

Trav S.D. talks about the great comedian’s early years in show business as a juggler in vaudeville and a revue comedian, and the many ways those experiences influenced his later motion pictures. The talk will be illustrated and will draw from the author’s research on the comedian for his blog Travalanche (travsd.wordpress.com) and his popular book No Applause, Just Throw Money: The Book That Made Vaudeville Famous. At the Mid-Manhattan Branch of NY Public Library, 455 Fifth Ave, Sixth Floor. FREE

Many people know that W.C. Fields had one of the most distinctive speaking voices of the classic comedy era. What they may not realize is that prior to the advent of talking pictures, Fields was a SILENT comedy star. From 1924 through 1928 he appeared in ten Paramount features filmed at that studio’s Astoria Queens facility. In this illustrated talk author and lecturer Trav S.D. takes you up close to this lesser known stretch of the Great Man’s career, and shows how much of Fields’ silent work presaged his better known talkies. At Greater Astoria Historical Society, Queens: www.astorialic.org 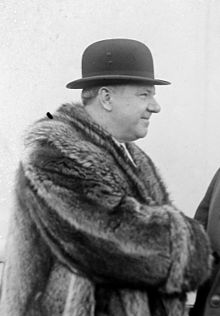 A look at screen comedian W.C. Fields’ growth from humble sideshow and dime museum juggler to sketch comedian and one of the biggest stars of sophisticated Broadway revues like the Ziegfeld Follies, George White’ Sandals and Earl Carrol’s Vanities. Along the way meet the glittering stars he shared the limelight with like Louise Brooks, Fanny Brice, Will Rogers and Eddie Cantor. Admission: $8. Location: Morbid Anatomy Museum, 424 Third Avenue, 11215 Brooklyn NY