I’ve touched on this subject once before, and had originally intended to do more two weeks ago (November 13) for all sorts of reasons. In fact, I probably would have hit it in two posts. November 13 is “Odd Couple Day” (the date was mentioned in the opening narration for the original television program as the date Felix Ungar’s wife throws him out). The original Odd Couple tv show was hugely influential on me. Also (not coincidentally, I’m sure) November 13th was the late Garry Marshall’s birthday. We write about The New Odd Couple today because we learned that Ron Glass passed away recently as well. 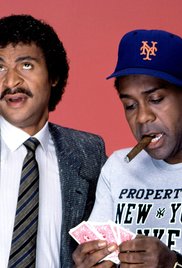 So! This potentially promising, but ultimately ill-conceived and indifferently executed experiment aired during my senior year in high school. As I’ve already more than hinted, I was an enormous fan of the original series starring Tony Randall and Jack Klugman, which ran from 1970 to 1975. The original series closed out just in time to focus on Marshall’s new project, the smash hit Happy Days, which then spawned Laverne and Shirley and Mork and Mindy.  So Marshall seemed like a veritable television Midas long about 1982. And you know what happened to Midas — he got too greedy.

Wearing a producer hat, you can identify all sorts of reasons why The New Odd Couple (1982-1983) ought be successful in theory.  1) It was already a proven property with Garry Marshall’s now gold-minting name attached to it. 2) African American sit-coms (mostly from the Norman Lear factory) were very popular at the time (Sanford and Son , Good Times, The Jeffersons, That’s My Mama, What’s Happening, et al). and 3) It showcased two popular black sit com stars, Demond Wilson from Sanford and Son as Oscar; and Ron Glass of Barney Miller as Felix. And those two gents seemed pretty well cast. After all, Wilson’s previous character Lamont Sanford worked in a junkyard, a fitting association for Oscar. And Glass’s Barney Miller character Harris was kind of dapper and prissy, which would make him natural to step into Felix. And they were both funny guys.

Hence I tuned into this show with high hopes. But….the resulting product was too lazy. Even as a teenager, I could easily identify why I was dissatisfied with the show. The whole enterprise was transparently cynical. Yes, they cast black actors, but they didn’t rethink them as black characters. They just took old Odd Couple scripts, tweaked some of the lines, and filmed them with a new cast. They even used the same theme song, with a funkier arrangement. They hadn’t even bothered to give the show its own name. The irony is, the thing they were attempting was not unprecedented and it had been done with great success. It wasn’t even far away. Sanford and Son had been based on a British sitcom called Steptoe and Son. But, other than the basic situation, the entire set-up had been completely reimagined as a vehicle for Redd Foxx from the ground up. The writers weren’t black but Foxx had enough juice to inject his show with authentic touches. In The New Odd Couple the actors even seem to be wearing leftover costumes. And are asked to give the same line readings. On the same set. With the same inserts of an exterior of their apartment building. Check it out for yourself. There are some episodes on Youtube. (16 episodes were filmed; it ran for only one season), 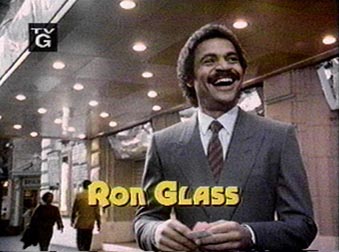 Sorry this is not the best way to remember Ron Glass! He was excellent on Barney Miller! And also on the cult sci-fi western mash-up Firefly! And for the record, I am not a fan of the current Odd Couple reboot either, though it also stars two top notch comic actors. The best Marshall-produced Odd Couple reboot is of course Laverne and Shirley. The best overall? Perhaps, Perfect Strangers (1986-1993). Who cares about sloppy vs. neat? Why is that a necessary component? The true essential element is two mismatched friends with terrific chemistry.