“Turkey” Mike Donlin: The Pride of Manhattan in Vaudeville 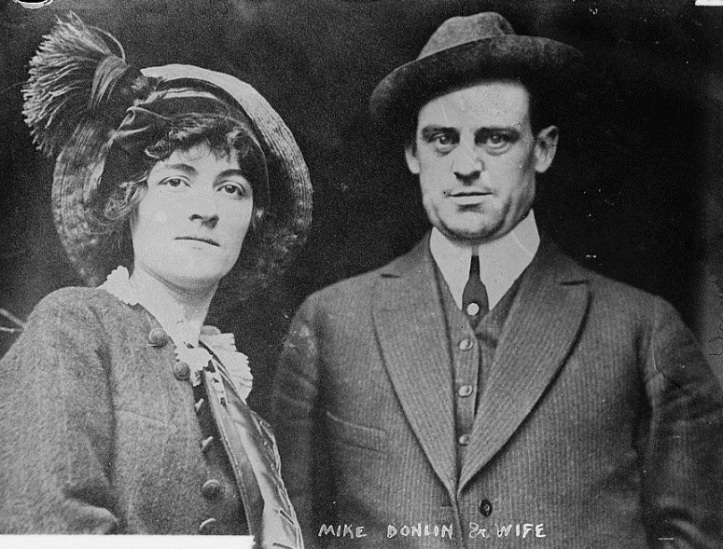 Today is the birthday of Mike Donlin (1878-1933). Donlin is probably better known to the wider world for his main occupation — that of professional baseball player. He played for the National League between 1899 and 1914, for seven different teams, most notably the New York Giants, were he was known as “The Pride of Manhattan.” He was especially prized for his hitting abilities, his strutting walk (thus his nickname “Turkey”) his flamboyant show biz style, and his behind the scenes peccadilloes. He was a boozer and partier and hung out with the Broadway crowd and thus…

In 1906 he met and married Broadway star Mabel Hite (whose birthday it also is today, coincidentally). In 1908 Donlin and Hite debuted their big time vaudeville act, a one act play called “Stealing Home”, which they co-wrote themselves and toured with on the circuits through 1911. Hite died of intestinal cancer the following year.

Back on the baseball diamond, Donlin’s disappointing 1914 season convinced him to hang up his cleats and pursue acting full time. That year he also married Rita Ross, formerly of the the team of Ross and Fenton. In 1917 he broke into films as a bit player thanks largely to celebrity friends like Buster Keaton and John Barrymore, in both of whose films he can be seen. His last film was the posthumously-released The Swellhead, with Wallace Ford and Dickie Moore.