Anatole Friedland and His Affairs 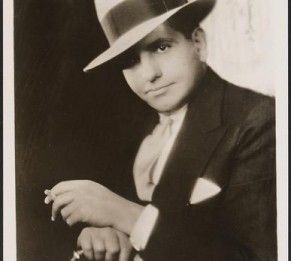 Today is the birthday of Anatole (sometimes spelled Anatol) Friedland, although there is some disagreement about the year, claims ranging from 1881 to 1888. He died in 1938. Born in St. Petersburg (Russia, not Florida) he was educated at private schools in his native contrary, then emigrated to the U.S. with his family sometime around the turn of the century. He studied architecture at Columbia University, while composing music for amateur shows at night.

He enjoyed performing his own songs, and often performing them in vaudeville. In 1911, he got his first Broadway show, writing the tunes for The Wife Hunters starring Lew Fields and Emma Carus. Then he wrote songs for the Shuberts The Passing Show and Broadway to Paris (1912), with Gertrude Hoffman, Louise Dresser and Irene Bordoni. Starting in 1913, his frequent songwriting partner became L. Wolfe Gilbert, with whom he wrote many hits. He continued to perform in vaudeville as a solo, as a duo with Gilbert, or as the producer of tab musicals with full choruses with names like Anatol’s Affairs of 1924, earning him the nickname “the Ziegfeld of Vaudeville”. Barbara Stanwyck and Mae Clarke were among those who performed in these choruses. As vaudeville began to fade, he continued to mount these revues in the big presentation houses that gradually replaced big time vaudeville house, presenting his shows as the opening acts for movies. During prohibition he also ran a speakeasy named Club Anatol, which also featured his floor shows.