I first saw Groucho Marx on prime-time television, when he was still alive. I was about ten years old. This was years before I saw any Marx Brothers movie, but Groucho was a well known figure, and so when I saw him on this show, I perked up. The show was a 1976 Bob Hope special on NBC called (rather lamely) Joys. The unusual special was a sort of long-form sketch, mixing the popularity of Jaws with a whodunit murder mystery. As I recall, the premise was that a Great White Shark was killing all of the great comedians in Bob Hope’s swimming pool? Something like that. And six tv detectives were supposed to solve it: Mike Connors (Mannix), Angie Dickinson (Police Woman), David Janssen (Harry O.), Jim Hutton (Ellery Queen), Telly Savalas (Kojak), and Abe Vigoda (Barney Miller and Fish — that one was a stretch).

Further it boasted a cast of 50 comedians, or perhaps I should say “comedians”, presumably everyone going at the time….but remember: this is a Bob Hope special. The cast was spotty (ranging from the great to the grating), and typically square and surreal in the extreme, including (alphabetically): Don Adams, Jack Albertson, Marty Allen, Steve Allen, Desi Arnaz, Billy Barty (we’ll get back to him), Milton Berle, Foster Brooks, George Burns, Red Buttons, John Byner, Glen Campbell, Jack Carter, Charo, Jerry Colonna, Scatman Crothers, Bill Dana, Phyllis Diller, Jamie Farr, George Gobel, Arte Johnson, Alan King, Don Knotts, Fred MacMurray, Dean Martin, Jan Murray, Wayne Newton, Vincent Price, Freddie Prinze, Don Rickles, Harry Ritz, Phil Silvers, Larry Storch, and Johnny Carson (who turned out to be the culprit — spoiler alert!). By the end there is a Holocaust-like pile of dead comedians in the swimming pool, and THAT disturbing image doesn’t soon leave you. It’s like a tv critic’s fantasy. Oh, yes — Rona Barrett is in it too. 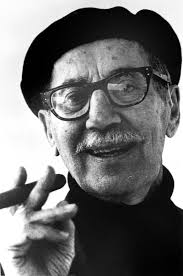 My introduction to Groucho was quite sad. He had had several strokes by this point (he was just a few months away from death) and it was very difficult to understand his speech. He sat in a chair the entire time, sort of slurring his scripted lines, with canned laughter to smooth things over. Even more ignominiously, little person Billy Barty was cast as some kind of doppelganger to Groucho, wearing a pair of Groucho glasses and wiggling his cigar, like some sort of imp or homunculus who could run around causing the mischief that Groucho otherwise would.