On Some Hollywood Visionaries Who Were Thwarted by Pearl Harbor

Today marks the anniversary of the Japanese attack on Pearl Harbor. The ripples of that event, large and small, touched millions. In the years of World War Two, millions lost their lives, their loved ones, their property, everything they knew.

This post is about something much smaller, in the scheme of things, but not unimportant. It is about the frustration and derailment of a potential American culture due to the war. People circle the wagons in wartime; they think and behave differently. They are asked to make sacrifices. Lines in the sand are drawn. Shades of grey are omitted in favor of black and white. All energies are directed to the “war effort” and the defeat of the enemy. During War Two, the quality of movies, especially comedies, suffered.

Today we look at four major Hollywood players, some producers, some directors, who were on glorious creative trajectories that were disrupted by the war. I choose the word “disrupted” carefully. In each case, the men continued being productive, even prolific, for many years. But the moment, and their work, had irrevocably changed. Something that Might Have Been was lost.

Hal Roach was of course the movie mogul responsible for bringing the public Harold Lloyd, Laurel and Hardy, Our Gang (a.k.a The Little Rascals), Charley Chase and many others. By the late 1930s, he had stopped producing shorts and was only producing features, most of them starring Laurel and Hardy. But, more than this, he was beginning to transition into what might unfairly be called “a real producer”. He was beginning to get his feet wet in films that had nothing to do with slapstick — and they were hits. These included the screwball classic Topper (1937), the screen adaptation of the John Steinbeck classic Of Mice and Men (1939) and the caveman spectacle One Million B.C. (1940).

When World War 2 came, Roach (at the age of 50) was drafted, and his studios were commandeered to make military training films. After the war, he continued producing featurettes he called “streamliners” and later television. But he was no longer either a mogul in charge of a stable of comedy geniuses, nor a visionary producer in the mold of a David Selznick or a Hal Wallis. He tried to pass the torch to his son Hal Roach, Jr. but the effort fizzled and the Hal Roach studios became mostly a rental facility. 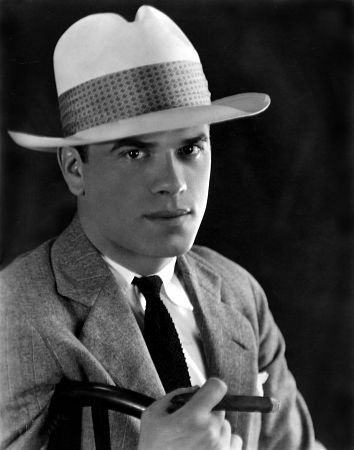 Unlike Roach, Capra didn’t need to be drafted. Four days after the Japanese bombed Pearl Harbor, he enlisted and was commissioned as a major in the U.S. army. His major project while in uniform was the Why We Fight series of propaganda films, originally produced to educate the troops but considered so effective they were released in theatres for the public’s morale and edification. Today they are considered among his masterpieces, and (though jingoistic by today’s standards) incredible documents of their historical moment.

After the war, though, Capra found himself at sea. He teamed with William Wyler and George Stevens to create Liberty Films. It produced one movie It’s a Wonderful Life (1946), which is nowadays thought of as Capra’s last classic. His films after this were increasingly imperfect and out of step with the times — too mooney-eyed for the conservative 1950s, and way too straight-laced for the increasingly licentious 1960s. His last completed Hollywood film was A Pocketful of Miracles (1961). 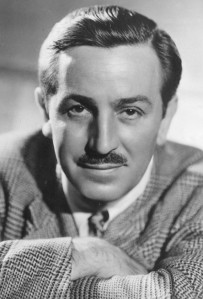 “The devil!” you say, “How can Walt Disney, one of the most successful Americans of the post-war era be said to have been “thwarted” by World War 2?”

Well, stay with me now. I’m not saying any of these guys were ruined. I’m saying they were detoured. There is the Walt Disney as he was on Earth One…then the Walt Disney that emerged on Earth Two. Disney was going in a certain direction long about 1941. He was charging down a certain road with a good head of steam. After becoming the king of animated shorts with his “Silly Symphonies” and characters like Mickey and Minnie Mouse, Pluto, Goofy, Donald Duck, etc, he had begun to conquer features.

Disney, in case you missed the memo, was an ambitious guy. In all sorts of ways. And what people tend not to realize I think, was the degree to which, prior to World War 2, he was artistically ambitious. He cared. He and his organization have earned a reputation for anti-intellectualism and kitsch (one I would temper with many qualifiers). But prior to the coarsening of everything by World War 2, Disney made flabbergastingly beautiful and magical films: Snow White and the Seven Dwarfs (1937), Pinocchio (1940), Fantasia (1940), Dumbo (1941) and Bambi (1942). That’s five for five, all in a row. Am I right?

Then, his studios were pressed into service during World War Two. It’s been said that 90% of his facilities were given over to the production of training films and propaganda. As for his theatrical releases which had been cooked up and produced during the war, there were two, both of them none-too-subtle films created in the service of President Roosevelt’s Good Neighbor Policy (a friendship program designed to keep the Nazis from getting a foothold in Latin America). The films were Saludos Amigos (1942) and The Three Caballeros (1944), enjoyable entertainments, though much more in keeping with Disney’s comedy shorts than his ambitious features.

Interestingly, Disney continued to be ever more powerful in the postwar era even as his films became cheesier. He founded an empire of amusement parks, and his own weekly tv show beamed into every American living room. And (perhaps psychologically affected by the war) he expanded his mission. He longer seemed content just to amuse or touch audiences, but he was one of the premiere cultural voices of Cold War America — almost an unofficial branch of the government. Not only was every child wearing Mickey Mouse ears, they were also donning coonskin caps (a craze started by the Disney tv shows about Davy Crockett and Daniel Boone).

But bold artistic masterpieces? Not so much on his agenda. An instructive contrast may be drawn between the paths of Capra and Disney…and the post-war career of John Ford. Ford had made plenty of tremendous films in the 1920s and 30s. Then during World War Two he served as an Admiral and also made propaganda films. And after the war? Like Disney, he shouldered the responsibility of being an important American cultural voice. But somehow during those same years he managed to create some of his greatest works, larger in ambition than ever. Why that may be is beyond the scope of this little squib but is worth investigating.

Pearl Harbor found 26 year old wunderkind Orson Welles in a still-powerful yet newly precarious position. The actor-star-director-producer was arguably the most powerful director in Hollywood, at least on paper. He enjoyed an unprecedented deal whereby he had complete creative control over his movies. Yet, the Japanese attack occurred at a time when Welles was still licking his wounds from the Citizen Kane debacle, and had not yet finished The Magnificent Ambersons.

Like Disney, Welles was called into the service of Roosevelt’s Good Neighbor Policy. Accordingly he went to South America to direct his omnibus documentary film It’s All True. And really it was THAT movie which caused his final falling out with RKO. Rumors about misbehavior and cost overruns resulted in that film being shelved. At the same time, while he was on the shoot he was too far away to protect Ambersons from studio interference, and that film went on to show a substantial box office loss. The combined weight of all these failures in a row resulted in Welles being fired from the studio…with extreme prejudice.

The upshot being…what might have happened if not for It’s All True? Might he have been able to make a successful film and recupe the goodwill lost by Kane?

I freely acknowledge the frivolousness of this post. What are lost masterpieces beside lost lives? There are big losses and small losses, and there are imagined losses, and these only rate inclusion in the latter category.

Also, I think I’d better make a shout-out here (or I know I’ll hear about it) about all the Hollywood personnel who actually served in uniform and risked their lives: actors like Jimmy Stewart, Clark Gable, and Henry Fonda, and directors like William Wyler and George Stevens. (See above: this is what bound these two guys to Capra after the war. But the post-war careers of Wyler and Stevens proved to be closer in fortune to Ford’s than Capra’s).

And nearly every entertainer of the day (including Welles) served in the U.S.O.  Now, what the hell? you may ask. Welles was in his mid twenties; why didn’t he serve in the military? With much fanfare, he was declared 4-F in 1943, although I don’t know how much I believe that. What was wrong with him? They never announced what his condition was; just another reason the public turned against Welles. Was he “too important” at home? Anyway he played his part by lifting morale…and he got his licks in pretty good against the Nazis in The Stranger (1946). Posterity loves Welles even if some of his contemporaries didn’t.