Charlie Chaplin’s “A Night in the Show” 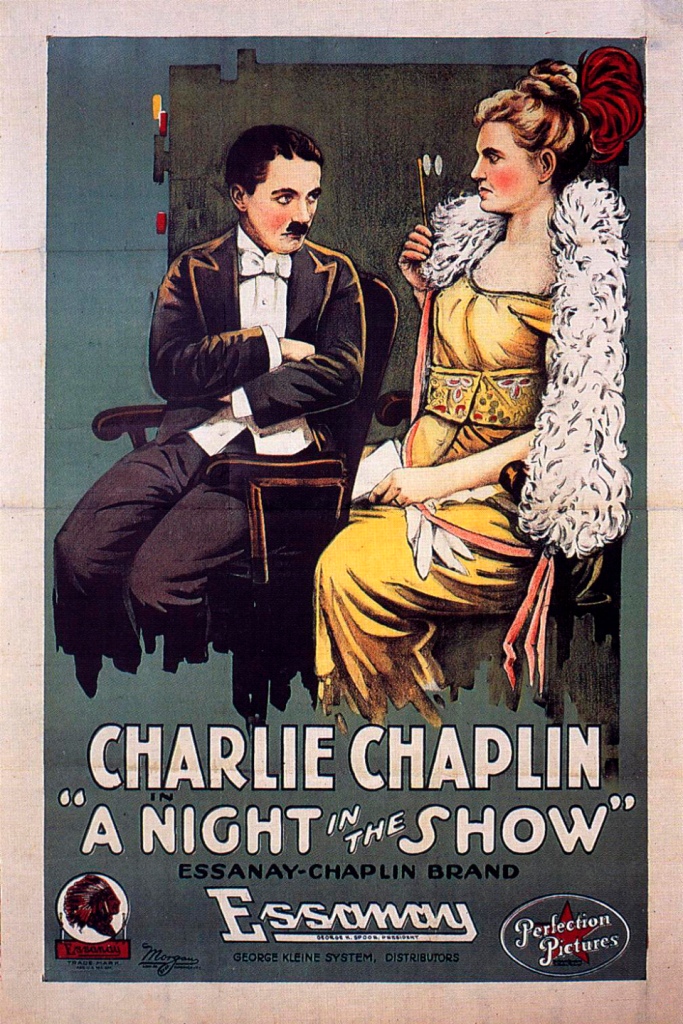 Today is the anniversary of the release date of the Charlie Chaplin comedy A Night in the Show (1915).

This short from Chaplin’s Essanay period is extremely interesting for two reasons. One is that it is essentially a filmed adaptation of the Karno music hall sketch A Night in an English Music Hall or Mumming Birds, the one in which Chaplin starred as a drunk and which brought him to the attention of Mack Sennett. Thus it is the closest thing we have to a record of the performance that led to him becoming a movie star. Secondly, the film is set at a vaudeville theatre. Thus we get to see one of the few contemporary efforts by a filmmaker to dramatize a vaudeville setting. As the film was made in 1915, even though it is fiction, it offers up many valuable details about what the experience of attending a vaudeville show was like, not just the stage performances, but what it was like to be an audience member. And, a third intriguing element – -Chaplin plays two roles: a drunken rich swell, and one of hoi polloi up in the balcony. (This oft misused phrase is used correctly here — the balcony is full of the great unwashed). 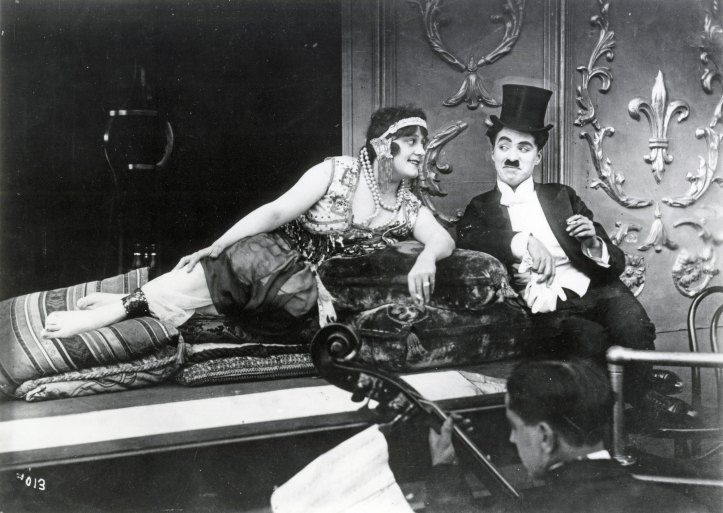 The film may contain Chaplin’s best drunk turn, in a career full of the cinema’s best drunk turns, as the top-hatted inebriate, annoys everyone else all the way into the theatre, onstage and off. In addition to a balcony full of ethnic stereotypes (blackface**, a Hebrew, a guy in drag playing a woman with a baby), we get the performers onstage: a plump belly dancer, a snake charmer, a comedy team named Dot and Dash, and a fireater. That’s a show I’d like to see!

To learn more about comedy film history, including classic shorts like Charlie Chaplin’s “A Night in the Show”,  please check out my book: Chain of Fools: Silent Comedy and Its Legacies from Nickelodeons to Youtube.