Louis Gasnier: From the Champs-Élysées to Poverty Row

Today is the birthday of Louis Gasnier (1875-1963). Fairly or unfairly, I mentally associate Gasnier with a handful of other directors (William Beaudine, Jean Yarbrough, Norman Taurog) who started out in silent comedy and distinguished themselves in the field, but ended their career at the psychotronic end of the spectrum.

The French born Gasnier was a stage actor and director who was hired by Pathé Frères around the turn of the century. In 1905 he discovered cabaret performer Max Linder, the world’s first international comedy star, directing or co-directing in scores of films from 1905 through 1913. This puts Gasnier on a par with people like Mack Sennett and Charlie Chaplin as a pioneer of early film comedy. This alone would be enough to merit his inclusion in the history books, but he then went on to even greater success in America. 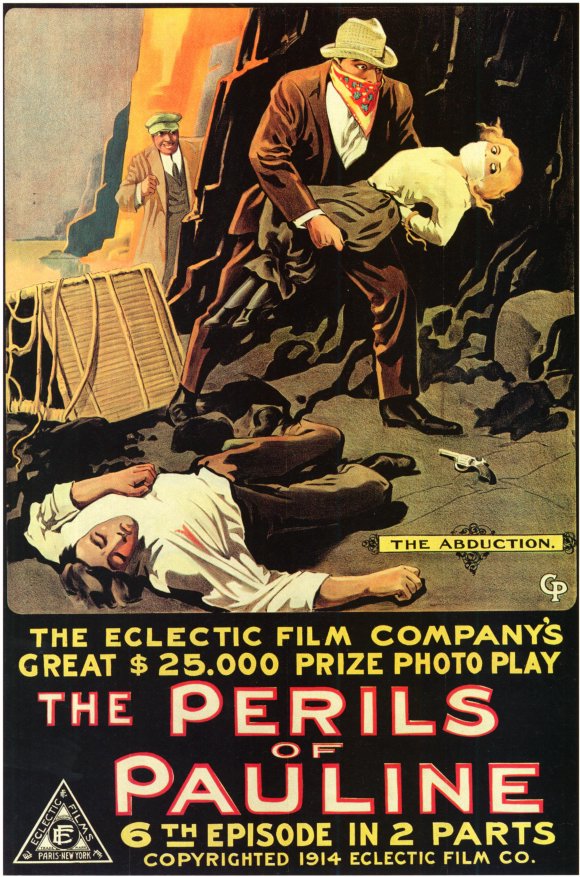 n 1913, he came to the U.S. to head up Pathé Frères’ new American division. It was there that he he co-directed and produced one of the most successful movie serials of all time The Perils of Pauline (1914) starring Pearl White. This was followed up with another serial The Exploits of Elaine (1915, also with White), and then a great many popular features, usually adventure stories with exotic locales, including The Corsican Brothers (1920), Kismet (1920), Poisoned Paradise (1924), and The Parasite (1925). He also directed Stan Laurel’s last comedy short without Oliver Hardy, Should Tall Men Marry (1928).

As the sound era came in, for a while he directed for Paramount, usually helming their foreign language films. Paramount let him go in 1935, however. Desperate for a job, in 1937 he directed what has now (sadly) become his most famous film — the unintentional camp classic Tell Your Children better known today under its alternative title Reefer Madness (1937). This anti-marijuana instructional film was to be revived on college campuses starting in 1972, subsequently becoming one of the great cult films of all time,. Today his earlier triumphs  are largely forgotten and he is better known by far for this absurd exercise in misinformation and paranoid melodrama.

Gasnier retired from directing in 1940, spending the next 18 years in retirement.