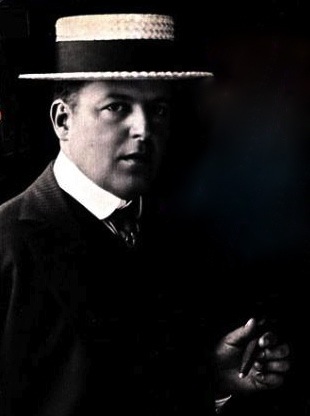 If you’d quizzed me in an unguarded moment in my early days of silent cinema research, I might have accidentally told you that Billy Bitzer had something to do with comedy. There were so many comedy Billies running around in the early days: Billy Reeves, Billy Ritchie, Billy West, Billy Bevan, Billy Gilbert, Billy Dooley. And you must admit, Bitzer is a pretty funny last name.

But nope. Billy Bitzer was the guy who worked with D.W. Griffith hand in glove as cinematographer (‘cameraman” in those days) to develop so many of the techniques that became part and parcel of cinematic storytelling: the fade out, the iris, long shots, soft focus, etc etc etc. He’d studied at the feet of the inventor of the Kinetoscope, W.K.L. Dickson, and then went to work for the American Mutograph Company (later known as Biograph). In 1908 he began his collaboration with Griffith on his very first film, The Adventures of Dollie, and the two maintained their creative partnership through 1929’s Lady of the Pavements. He only worked on one film during the sound era, the intriguing sounding Hotel Variety (1933), which is set at a boarding house for vaudeville performers!