A Heroic End for Louis Jourdan!

Wow. I only just heard this morning about the passing of Louis Jourdan (he died on Saturday). The age of social media has done much to expose us to the idiocy of the great masses of mankind, and so every time a nonagenarian actor dies we have to hear eight dozen people wail about their “sad” and “untimely” ends, and scream “no!” even when the deceased star hasn’t made a movie in 60 years (or in the case, of Jourdan, 20 years). Truly: let us not profane the eternal verities by shedding crocodile tears over the death of a 93 year old man, h’m? Let us speak of his “appropriate” and “natural” death, and give thanks (as he undoubtedly does) that his old body is at rest.

Not only was Jourdan one of the most handsome of all leading men of the western cinema in the 20th century, but unlike so many of his countrymen (Maurice Chevalier, Charles Boyer, Gerard Depardieu) his English was so excellent that he TRULY crossed over as a star in the English speaking cinema and television. He represented France to us for decades, in films like Gigi, Can-Can, The VIPs, Octopussy, countless American TV shows like Columbo and Charlie’s Angels, and — more to the moment, since it’s what the Mad Marchioness and I had been watching over the weekend (coincidentally I might add) — the 1979 made-for-television three part miniseries The French Atlantic Affair.

My original headline for a post about this film was going to be “Aaron Spelling Does Irwin Allen“. That’s essentially what this is. Based on a novel by Ernest Lehman (North by Northwest, The Sweet Smell of Success), it’s a thriller about a religious cult’s takeover of a French owned luxury cruise ship. Producer Aaron Spelling also produced The Love Boat, and this telefilm looks and feels like that series, not just the art direction, but the soundtrack and the graphics in the credits. And YET it features no less than two of the stars of Irwin Allen’s The Poseidon Adventure (Shelley Winters and Stella Stevens) and one star of Beyond the Poseidon Adventure (Telly Savalas). Trust me: you have not LIVED until you have seen a post-coital scene between Shelley Winters and Telly Savalas. Shelley and Telly go belly-to-belly!

With zero adjustment to his Kojak character, Savalas plays the reverend as medallion-wearing, cigarette-smoking Telly Savalas. He clearly uses sex to keep the ladies in his fold, although how they mistake him for anything other than a disgusting creep is confounding. “Go with love”, he mutters after screwing the recently widowed Stella Stevens on the cabin floor, killing her, and throwing her soiled body into the ocean. The only thing that might have made it better is if he had said “Who loves ya, baby?”

Spelling, like Irwin Allen, knows the value of star power, or rather, the collective value of scores of minor stars, and this film is not stingy in that department as it also features (in no particular order): John Houseman, James Coco, Donald Pleasance, Jose Ferrer, Horst Bucholtz, Carolyn Jones (The Addams Family), Nehemiah Persoff, Richard Anderson (The Six Million Dollar Man), M. Emmet Walsh, and a then unknown Ted Danson. The hero of the film is a retired commando and author named “Harold”, played by Chad Everett. His love interest is Michelle Phillips of the Mamas and Papas. And Louis Jourdan plays the ship’s Captain.

Now Ernest Lehman was a very capable writer, and we have little doubt that the original novel was quite the page turner, of the sort one can burn through during the average afternoon at the beach, which is what such books are for. The screenplay however, both written and directed by Douglas Heyes, leaves something to be desired. This is a story that can (and ought to) be told in a single feature length film — even better, at half that length. It would make a very good Six Million Dollar Man episode,  for example, and it already has Richard Anderson, so perfect. But here it is stretched out and padded to SIX hours, and as such is curiously lacking in suspense. While the clock tics, everyone concerned with coming to the rescue takes their own sweet time in doing something about it (eating in restaurants, having sex, going to a masquerade party), leaving the heavy duty burden of solving the situation — I shit you not — to a couple of kids on HAM radios as though this were a Disney movie. These children have the weight of the world, the lives of 3,000 people on their shoulders (one of the kids is played by the ubiquitous Dana Hill, another of the minor stars I forgot to mention).

But in the end, it is the quick thinking Captain who saves the passengers (sorry for the partial spoiler) and so the final scene of the film had an unexpectedly odd poignancy, as I’d only just learned of M. Jourdan’s passing minutes before. To quote Telly Savalas as Father Dunleavy: “Go with love”. It is the French way. 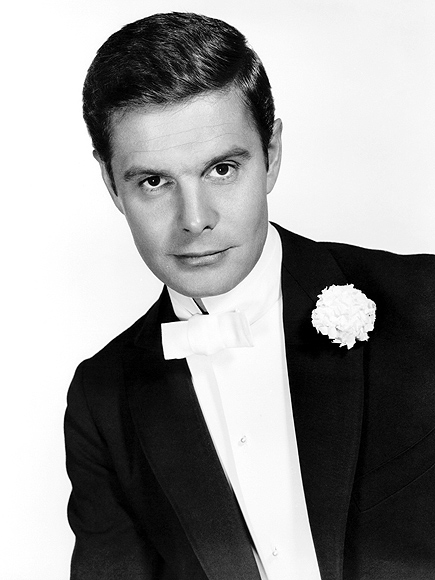