The 22 Best Comic Drunks (and Drunk Comics) of All Time

New Year’s Eve — what a wonderful time of year! When we all have a rare chance to start out all over again with a clean slate…and then generally use the opportunity to commit acts we will spend the beginning of the new year regretting! (Not me — it’s been many a long year since I’ve ushered in the new year with a hangover. In which case my regret now is that I wasn’t at a party.)

At any rate – -thank God we have comedians to show us how asinine we look when we have a few too many. Here are some of the best comic drunks of all time (clink on the links to learn more about each comedian). We cut it off at 21 — the drinking age.

It’s seldom foregrounded, undoubtedly because Charlie Chaplin does so many things so well, but he is one of the greatest comic drunks of all time. There have been certain comedians down through the years who have made drunkenness their whole act. Chaplin could easily have gone this route. His bit in A Night at an English Music Hall had gotten him widespread notice; on the strength of it he was hired by Keystone. The routine was a favorite with audiences; during his Keystone stint he would showcase his talent as an inebriate in around 20% of his films, starting with his second picture Mabel’s Strange Predicament. He never abandoned this reliable comedy wellspring. It appears in his work as late as Limelight (1952), one of his last films.

A hilarious comic drunk, as he has the opportunity to showcase in many of his films of the 1930s.

In his years in burlesque and with the Ziegfeld Follies, Errol developed a top notch comic drunk bit, which he milked for most of his career. The character was not a down-and-outter. Usually, it was more of a bourgeois hail-fellow-well-met…a Rotarian, trying to sneak in at 2 in the morning so the wife won’t hear. The piece de resistance to his characterization was his patented, rubbery-legged walk, which made it look as though he would collapse to the ground any minute. You can see him do this in countless comedy shorts of the 1930s, and in Lupe Velez’s Mexican Spitfire comedies of the 1940s. 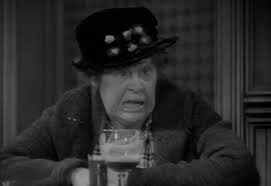 Trust me. Watch her drunk bits in Chasing Rainbows and Anna Christie (both 1930). Stage and screen veteran Dressler was mighty expert and mighty funny at being blotto.

Jack Norton played a drunk in walk-ons almost exclusively — best remembered today for his turns in Preston Sturges comedies and in W.C. Field’s The Bank Dick.

Housman had actually starred in his own series of comedies in the teens and twenties. By the ’30s he was a bit player who specialized in drunks, appearing in many of Hollywood’s great comedy classics.

Early in his career, John Berkes had co-starred in comedy shorts with the likes of Bob Hope and Shemp Howard. Later he was a bit player who specialized in “drunks” and “bums”. 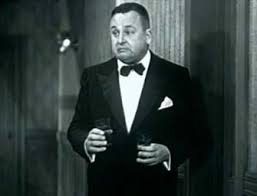 Bert Roach also had a career going back to the silent days. Come talkies, he amassed 15 bit player credits with character names being some variation on “drunk”, with many additional credits as “bartender” or “partygoer” — frequently lit ones.

The great Thomas Mitchell could play all sorts of characters, but we remember him particularly for drunk turns, like the alcoholic doctor in John Ford’s Stagecoach (1937), and Uncle Billy’s celebratory “Ole Building and Loan Pal” moment in It’s a Wonderful Life (1947). 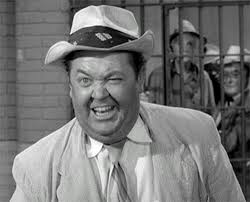 Hal Smith played Otis the town drunk on The Andy Griffith Show, generally the only occupant in the jail cell. In some episodes, out of habit, he would wander in and lock himself up.

Best remembered as Mr. Whipple in the Charmin toilet tissue commercials, Dick Wilson also had a lucrative sideline playing drunks in sight gags on tv shows like Bewitched and The Flying Nun. Basically the shtick was that he would be walking down the street, loaded, and see something weird (usually caused by magic, or something). Then he would do a double take, or stare at his liquor bottle as if to say “What’s IN this stuff?” and throw the bottle away.

I don’t think I’ll hear much dissent if I call him the greatest comic drunk of all time. When ya find yer niche, baby, work it! 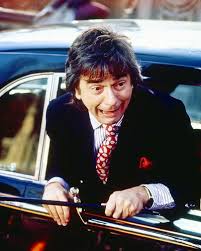 I refer to the Arthur movies, of course, although both they and star Dudley Moore, though funny at first, rapidly grew tiresome. Like straight liquor itself, a little bit goes a long way. 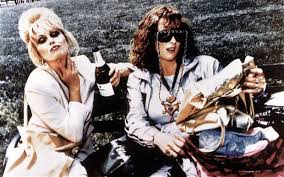 It may not be too much to say that the stars of Absolutely Fabulous rewrote the history of comedy. Trailblazers, and among the funniest people who ever lived. They are slapstick pioneers, in that it’s fairly unprecedented (rare, at least) for women to take the brakes off and totally humiliate themselves for our glee. I only put them this far down the list because they are contemporary. In terms of how highly I rate them as comic artists, it’s near the top.

We love him for bits like the funnel he uses to get his housekey in the lock in You’re Telling Me, and for leaping off an airplane to retrieve a falling whiskey bottle in Never Give a Sucker an Even Break. But the laughter masked serious consequences. Booze took a serious toll on his health during his last decade, and eventually took his life in 1946. 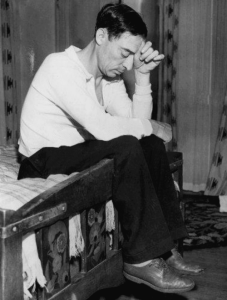 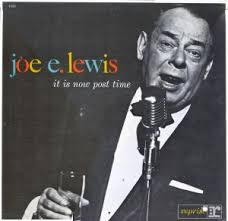 Definitely the originator of the whole Rat Pack thing of comically celebrating and glamorizing booze from the night club stage, this comedian was a big influence on the two men pictured below as well as the guy who played him in The Joker is Wild, Frank Sinatra.

How Sweet It is!

Dino had a lot going for him — great pipes, many hit records, decent acting chops, and for a time he was one of the best straight men in the business. On his tv variety show and his later Celebrity Roasts, he generally made out that he was half sloshed. Was that tea in his glass? Or whiskey? I’ve heard both.

At any rate, Have a Happy New Year! And may all tonight’s inevitable alcoholic fueled nonsense result in comedy, not tragedy.

Care to support the voluminous and variegated work of Travalanche? Please do so by joining our Patreon Posse here. As little as $1 a month gets you all sorts of extra content over and above what we do here, including our Daily Digest; lots of old time movie, radio, TV and record clips; and exclusive audio and video presentations by Your Humble Servant. Hither to the 411.

For more on classic comedy read  Chain of Fools: Silent Comedy and Its Legacies from Nickelodeons to Youtube.