Of Peter Pans Past and Future (A Review and a Preview) 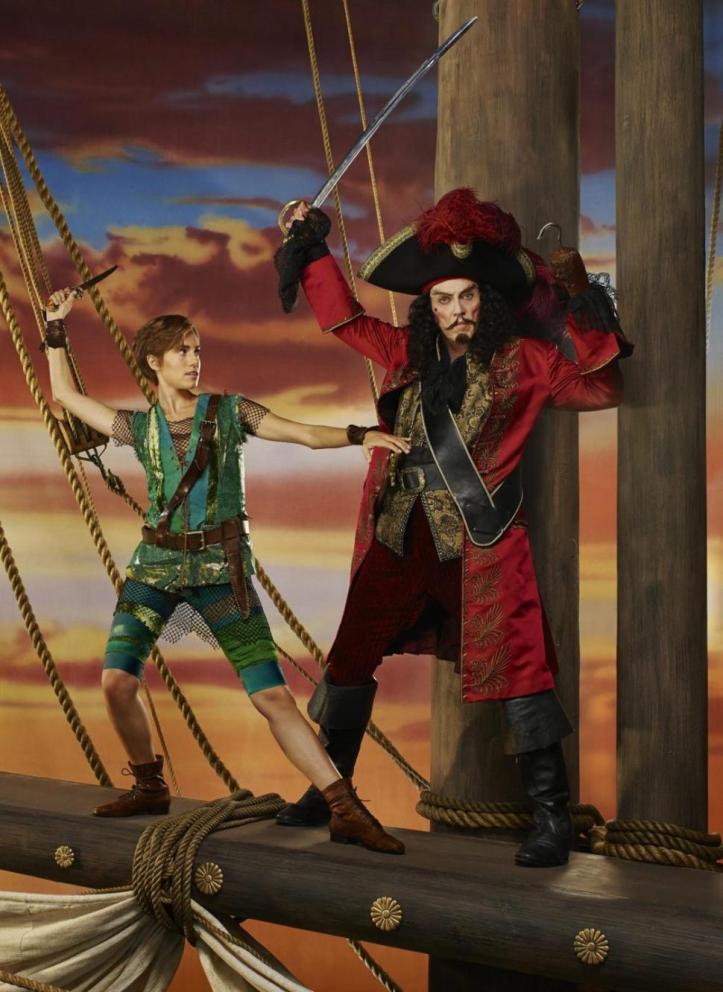 We caught a good hunk of Peter Pan last night — not all of it, but enough to feel justified in expressing an opinion about the show. Let me preface it by saying we heartily applaud NBC’s noble experiment in presenting live, televised musicals, and we would like to see much, much more of it – – so much more that when a production does a belly flop, like this and the previous Sound of Music did, it won’t matter so much. In this case, we thought Allison Williams was just terrific in the title role (her part in Girls is so quotidian that we little dreamed she had all these skills in reserve…singing, dancing, FLYING, gender reversal and — hardest of all — dialects). But as for the rest…as Captain Hook, we couldn’t tell if Christopher Walken seemed more like he was walking to the methadone clinic, or from the methadone clinic, but methadone was definitely involved. He seemed restless, subdued, disinterested. Oddly, for a film actor, he didn’t seem to know how to play to the camera. And he sure seemed like he was constantly referring to a teleprompter or cue cards. And yes he’s a great dancer, and one with a lot of Broadway experience. But last night, though technically he was executing the steps, he seemed kind of like an animated meat puppet being worked by remote control. Is there a person under that costume?

Speaking of which, the biggest thumbs down goes to the whole visual package…the set and costume design looked like what happens when a kid throws up their cotton candy after a day at the carnival. Busy visual patterns look terrible on video; the look of this show was so garish I couldn’t watch the screen for too long without getting dizzy. I hated the direction of the musical numbers – – the camera was way too close, and the director had a bad habit of moving the camera in a way that distracted from and undermined the dancers. And there were these weird, deadly silences, which one finds in live television (or “live to tape”) television. Think about those moments when no one is talking on a soap opera. There is a sort of low ambient hiss. I’d have filled it with incidental music…if there isn’t any already in the score, put some there. I will have my opinions! Hire me, NBC!

At any rate…it’s over. But New Yorkers will have another chance to check out a different version of J.M. Barrie’s timeless story tomorrow afternoon.

Tomorrow at 2:30pm, my boys at the Silent Clowns Film Series will be presenting the 1924 silent version of Peter Pan starring Betty Bronson, Esther Ralston and Mary Brian. I think it’s the most charming and magical version of the story put on film to date. hence definitive, required viewing. As with all of the Silent Clowns screenings it will be at the Bruno Walter Auditorium at Lincoln Center. For more info go here: http://www.silentclowns.com/

And until then, here’s a taste: