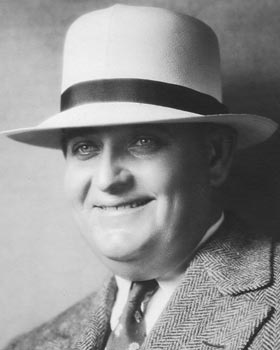 Originally from Galveston, Texas, Sedgwick began his career as a performing child in the family vaudeville act The Sedgwick Comedy Company. After a few years of military school, he returned to the family act, now called The Five Sedgwicks, as a young adult. When his father became ill, he formed his own act “The Cabaret Girls”, which toured for three years.

In 1914 he began to act in comedies for the Lubin Manufacturing Company, where he was known for playing comical baseball players. He acted for another ten years, but by 1920 he was directing, mostly mysteries, suspense serials and westerns at first. By 1926 he was at MGM, where he directed almost every Buster Keaton comedy for that studio: The Cameraman (1928), Spite Marriage (1929), Free and Easy (1930), Doughboys (1930), Parlor Bedroom and Bath (1931), The Passionate Plumber (1932), Speak Easily (1932), and What! No Beer? (1933). Other interesting comedies he directed during this period included Horse Play (1934) with Slim Summerville, Andy Devine and Leila Hyams, and The Virginia Judge (1935) with Walter C. Kelly. In 1936, he worked for Hal Roach, both producing and directing two Jack Haley vehicles Mister Cinderella (1937) and Pick a Star (1937). Next, several Joe E. Brown comedies during his years of decline: Riding on Air (1937), Fit for a King (1938), The Gladiator (1938), Beware Spooks (1939) and So You Won’t Talk (1940). He was second unit director on W.C. Fields’ You Can’t Cheat an Honest Man (1939). In 1942 he directed Laurel and Hardy’s worst film Air Raid Wardens.  He spent the next several years as a gag man at MGM with Buster Keaton, and was the credited director of the Red Skelton vehicle A Southern Yankee (1948). His last credit was for Ma and Pa Kettle Back on the Farm (1951), and he was one of several directors who worked on Skelton’s automobile comedy Excuse My Dust (1951).

A theme emerges from the list of credits above, and not a flattering one. Sedgwick was associated with the sad decline of several major comedians: Buster Keaton, Joe E. Brown and Laurel and Hardy. His name is associated with some better films but usually through circumstances other than his own talent (i.e. The Cameraman was really directed by Keaton, and A Southern Yankee was really directed by S. Sylvan Simon, with heavy input from Keaton). I think it is not too strong to say that Sedgwick was a bit of a hack. By the 1940s he was considered even worse than that within the industry — a passe hack. Television might have been a natural place for him to go (as many directors of his caliber did) and he did manage to direct one episode of I Love Lucy in 1953 but he passed away shortly thereafter.