Jean Yarbrough: The Mark of Quantity 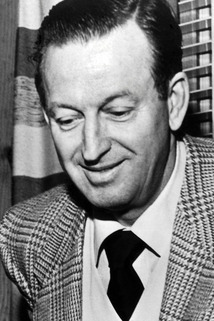 Today is the birthday of film director Jean Yarbrough (1901-1975). Though I don’t know that they ever had anything to do with one another, I mentally associate Yarbrough with William Beaudine, insomuch as both men:

a) started out in silents

b) are known equally much for slapstick comedy and shlocky horror

Yarbrough started out as a prop man, then assistant director for Hal Roach,  working with the likes of Clyde Cook, Jimmy Finlayson, Oliver Hardy, Max Davidson, Stan Laurel, and Anita Garvin. In the talkie era, he moved to Mack Sennett, still assistant directing, on films like the feature Hypnotized (1932), and the famous W.C. Fields short The Fatal Glass of Beer (1933). Then he moved to RKO where he notably assistant directed Wheeler and Woolsey comedies. In 1936, he began directing RKO comedy shorts, many of them starring Leon Errol.

His first feature in the director’s chair was the notorious 1940 cheap-o horror film The Devil Bat.  Others in a similar vein that would bear the Yarbrough mark of quality included King of the Zombies (1941), House of Horrors (1946), She-Wolf of London (1946), and The Brute Man (1946). At the same time, he was cranking out comedies by the bushelful, establishing long associations with the Bowery Boys (as had Beaudine), Mantan Moreland, and Abbott and Costello (directing several of their features as well as their television show).

In the 50s and 60s he concentrated on television, specializing in westerns and sit-coms. His last film was the notorious 1967 camp horror howler Hillbillies in a Haunted House.

To learn more about slapstick and early film history history please check out my new book: Chain of Fools: Silent Comedy and Its Legacies from Nickelodeons to Youtube