Charlie Chaplin in “One A.M.”

Charlie Chaplin  once famously said, “All I need to make a comedy is a park bench, a cop, and a pretty girl”. In One A.M., released on August 7, 1916, he proved he didn’t even need those things. All he needed to make a hilarious comedy was himself.

One A.M. is one of Chaplin’s most extreme examples of what critic Andre Bazin called “filmed theatre”. It’s essentially a solo vaudeville turn, with the frame as the proscenium and very little cinematic intervention between the performer and his audience. Charlie plays a drunken swell, coming home at the titular hour, trying to negotiate his oddly treacherous apartment. It’s as though traps have been set all around the house. First he has a hard time getting out of his cab.  Then he enters his domicile  through the window, and has a series of encounters with a goldfish bowl, rugs, stairs, a table, a hatrack, a clock, a Murphy bed, and eventually the bath tub. Only the genius of Chaplin could keep audiences in stitches for two reels with nothing himself and a room full of furniture. 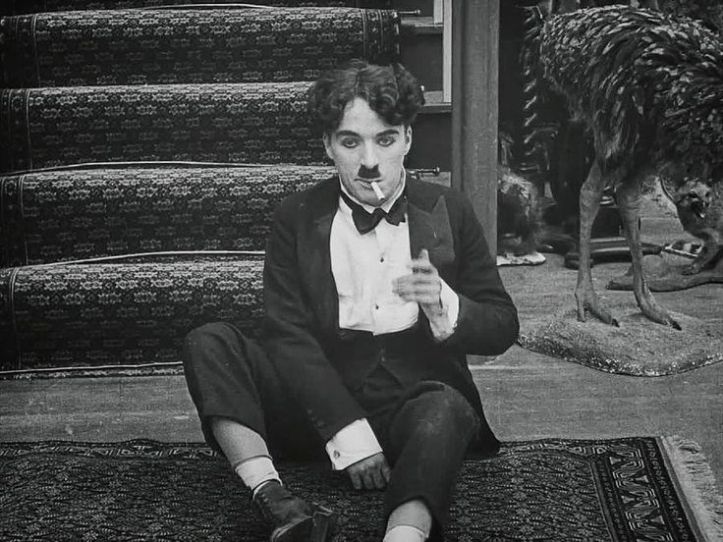 For more on silent and slapstick comedy film history including Charlie Chaplin and One A.M. don’t miss my book: Chain of Fools: Silent Comedy and Its Legacies from Nickelodeons to Youtube, just released by Bear Manor Media, also available from amazon.com etc etc etc