Vince Barnett: Prankster of the Pictures 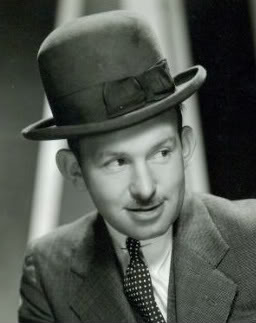 Today is the birthday of a minor but legendary show biz character, Vince Barnett (1902-1977).

Barnett was a second generation vaudeville comedian, who graduated to Broadway revues in the late 20s (George White’s Scandals and Earl Carroll’s Vanities). His 45 year screen career began in 1930, consisting mostly of bit parts and walk-ons as petty crooks, bartenders, janitors and the like, occasionally getting choice bits in first rate pictures like Scarface (1932) and A Star is Born (1937).He also got to co-star in comedy shorts Educational Pictures with the likes of Billy Gilbert and Bud Jamison:

He worked constantly until he died, but his legend rests more in his offscreen shenanigans. Like his father Luke before him, Vince Barnett found a lot of work playing pranks and practical jokes on major celebrities and world figures, including George Bernard Shaw, Winston Churchill and FDR. These were “gotcha” events of the sort Sacha Baron Cohen would later perpetrate, portraying clumsy, inept waiters and stupid, tactless journalists, pushing the limits of tolerance until the victim of the prank would be forced to explode.