On the Show Business Concern of Herb Shriner and Sons 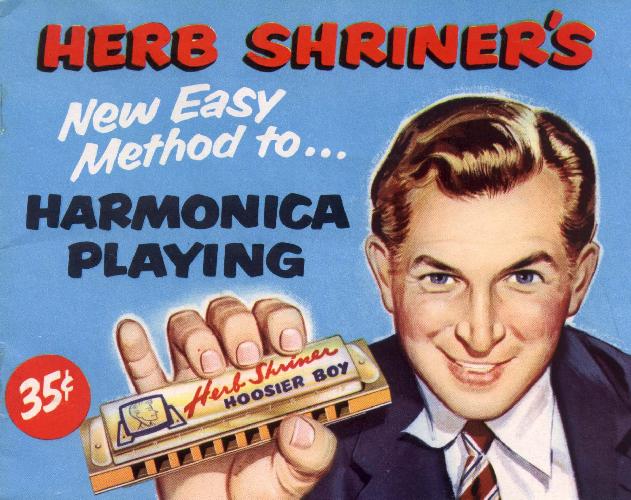 Shriner pere was too late for vaudeville, but would have been perfect for it, with his mixture of expert harmonica playing and homespun story-telling, very much in the tradition of Will Rogers. His radio career began in 1940, and his cultural reach was so great that he had his own line of “Hoosier Boy” harmonicas. He was to become best known as the host of the TV game show Two for the Money from 1952 through 1956. After that, he was primarily a live performer, and made record albums. He also had variety shows of his own over the years, and did guest spots on others. An automobile fanatic (he owned a dozen of them), Shriner was killed in 1970 along with his wife Eileen “Pixie” McDermott near their Florida home when the brakes on his Studebaker Avanti failed.

Fortunately, his sons took up the family business. Fraternal twins Kin and Will Shriner were born in 1953. Like many fraternal twins, the Shriner brothers were not identical but opposite, at least in terms of career. Wil became a comedian; Kin specialized in melodrama.

The good-looking Kin’s career took off first, in 1977 when he was hired to play the role of Scott “Scotty” Baldwin on General Hospital, a role he has played ever since on that show, as well as its spin-off Port Charles. He also had regular roles on Texas, Rituals, The Bold and the Beautiful, As the World Turns, and The Young and the Restless. That may just be some some kind of soap opera record.

Wil Shriner is the member of the family whose work I knew first and best, for he was a regular on David Letterman’s daytime show in 1980 (clearly a strong Indiana connection there). Shriner is a HILARIOUS stand-up comedian. he appeared over a dozen times on The Tonight Show with Johnny Carson and a half dozen Late Night with David Letterman in the ’80s, climaxing with his own nationally syndicated talk show The Wil Shriner Show (1987-88). In the ’90s he hosted various game shows and appeared on national TV morning shows. The following decade he directed multiple episodes of Frasier, Everybody Loves Raymond and Gilmore Girls and also the 2006 feature film Hoot starring Luke Wilson, Brie Larson, and Tim Blake Nelson. He has also acted in films like Peggy Sue Got Married (1986) and Deep Cover (1997). He is now based in Florida where he podcasts and appears on local radio.

To find out about  the history of the variety arts (including tv variety), consult No Applause, Just Throw Money: The Book That Made Vaudeville Famous, available at Amazon, Barnes and Noble, and wherever nutty books are sold.