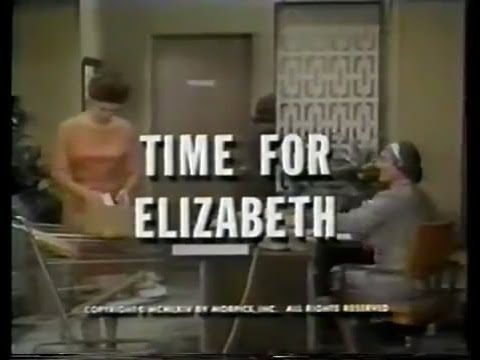 You’d think it would be more widely known that Groucho Marx had co-written a Broadway play and later played the lead in that vehicle on television. But then history is sometimes…tactful.

Time for Elizabeth made it to the boards in 1948, after Groucho and co-writer Norman Krasna had worked on it in (by their accounts) for between a dozen and fifteen years. Krasna was no slouch; gazing at his IMDB entry, he had a hand in many a solid Hollywood script. And you can see how he and Groucho had initially hit it off: among his first projects had been Wheeler and Woolsey’s So This is Africa (1930), and Jack Pearl’s Meet the Baron (1933), two projects highly Marxian in their absurdity. Yet somehow the script these two writers came up with turned out to be lacklustre and underwhelming. It commits an all-too-common foible, one we usually associate with the dilettante. It attempts to hang a smattering of (far too few) one liners on far too minor an event. Time for Elizabeth concerns a man who has a falling out with his boss, retires to Florida with his wife, doesn’t like retirement, then goes back to his old job. That’s the whole play. It’s an exceedingly slight excuse for an evening at the theatre, almost as though Groucho had made a cynical calculation about Broadway audiences and tried to give the “tired businessmen” something he thought they would relate to. The gambit didn’t work. The production, directed by Krasna and starring Otto Kruger, closed after eight days.

In 1964, three years after You Bet Your Life had gone off the air, Groucho starred in a television version of Time for Elizabeth on Bob Hope Presents the Chrysler Theater. The show is probably only for completionists, though I find it extremely interesting. It’s maybe the only time we get to see Groucho play a role this realistic, so close to Groucho the man, and which calls upon him to do some actual acting. Elements of it seem natural and plausible.

But Groucho is 74 at this point. He looks small and frail and his body has aged in a strange way. His posture is stooped (no longer in a good way), his chin has disappeared and something weird is going on with his hair. Somehow, he looks more like the duck from You Bet Your Life than he does like Groucho. Further, he was not only trying to tackle new turf as an actor, but doing so after a prolonged absence from the discipline. Apart from his role as Ko-Ko in the 1960 tv Mikado, Groucho had stopped playing sustained leading roles 12 years earlier after A Girl in Every Port. He seems awkward, uncomfortable and full of tics. Ironically, this man playing a retired man looks like he ought to retire.

The weirdness of the show is amplified by the laugh-track, an unconvincing embellishment that is thankfully now a part of our distant past.

Some interesting details: Lyle Talbot plays a small role; John Considine (brother of Tim and grandson of Alexander Pantages and John Considine) plays Groucho’s son in law. And Eden Hartford, Groucho’s third wife has a small role as a gold-digger. VA VA VOOM! I’d watch this show again a few times just to see her! But one can also see in stark terms a certain…sad disparity in their pairing. Drop dead gorgeous and some 40 years younger than Groucho, Eden was the third woman in a row to be driven nearly to despair by this famously difficult husband. They divorced in 1969.

For much more on this worthy topic go here: http://www.marxcouncil.blogspot.co.uk/2013/08/grouch-kraz-2-time-for-elizabeth.html