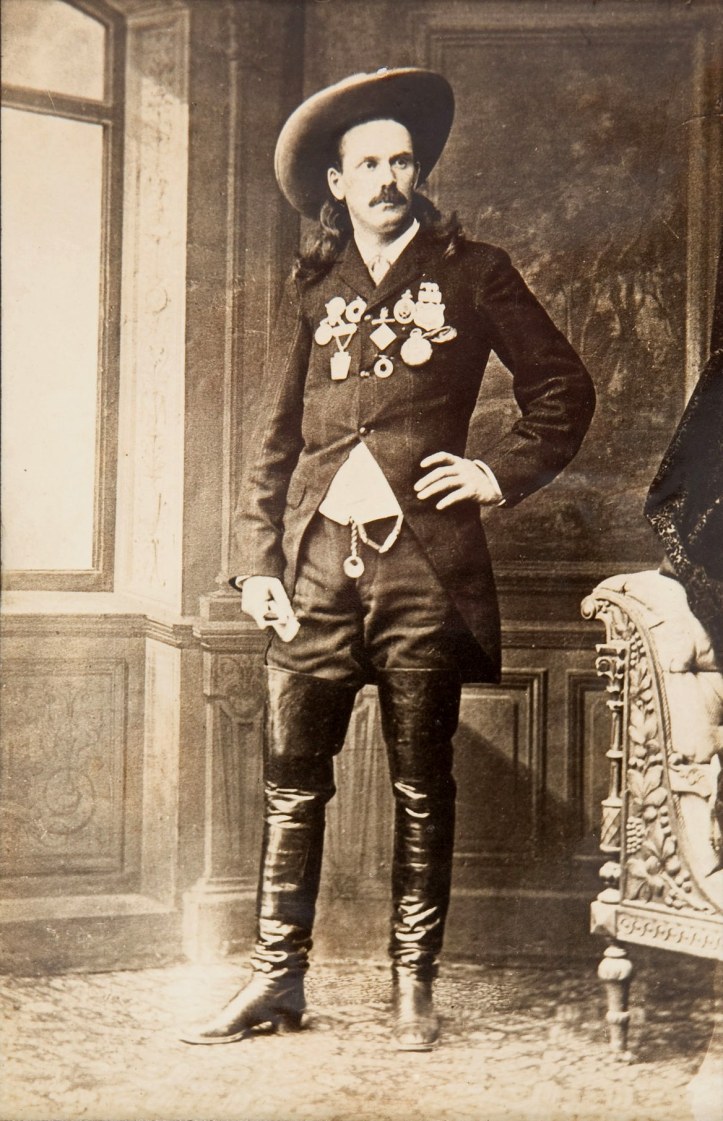 Today is the birthday of the great wild west show man William Frank “Doc” Carver (1851-1937). His nickname originated in the fact that he had originally  been a frontier dentist. Originally from Illinois, he moved to western Nebraska in 1872, where he met Buffalo Bill and Texas Jack and learned to ride and shoot with greater than average facility. His reputation grew throughout the 1870s as he won several important western shooting contests and traveled throughout the U.S. and Europe giving professional shooting exhibitions. He released his dime novel style “autobiography”, larded with tall tales and phony exploits (as was common at the time)  in 1878. In 1883 he won an important contest against Captain Adam H. Bogardus (then considered the best), thus cementing his reputation.

In 1883, he launched a wild west show with Buffalo Bill: “Hon. W.F. Cody and Dr. W.F. Carver’s Rocky Mountain and Prairie Exhibition,” starring himself, Bogardus and others. After one season Cody and Carver split, the former to start “Buffalo Bill’s Wild West”, Carver to travel with his own smaller shows and exhibitions. He was to remain one of Cody’s main competitors for several years. 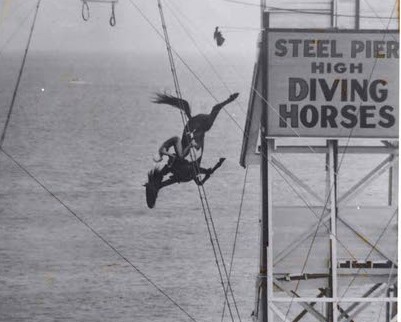 Carver’s most lasting contribution to show biz was his invention of the diving horse act, in which a horse would jump off a tall platform into a pool of water. He began presenting these exhibitions in 1894; the was still doing it when he died in 1927. At which point his son Al Carver and his wife Sonora Webster took the show over. They brought the act to Atlantic City’s Steel Pier, where it was a major attraction for almost 50 years. Sonora Webster Carver’s life story was made into the 1991 film Wild Hearts Can’t Be Broken.

For more on the history of show business, consult No Applause, Just Throw Money: The Book That Made Vaudeville Famous, available at Amazon, Barnes and Noble, and wherever nutty books are sold.