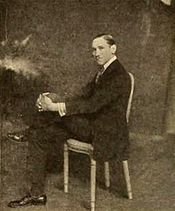 Today is the birthday of Jack White (Jacob Weiss, 1897-1984). Not a performer himself, he was an important writer, director and producer of comedy shorts during the formative years of the industry. A Hollywood local, he broke into the business as stunt man and extra. In 1917, he co-wrote and co-directed the Fox short Roaring Lions and Wedding Bells starring Lloyd Hamilton and Jimmie Adams with William Campbell, and this was the start of his 40 year career as a comedy auteur. White worked frequently with these two comedians, forming Mermaid Comedies, released through Educational Pictures for them to star in, in 1920. Hamilton left in 1922. In addition to him and Adams, White’s other stars included Lupino Lane, Lige Conley and Al St. John.

In the 1920s he hired his brother Jules as an editor and then a director. In the 1930s, the dynamic reversed when Jules became the head of Columbia Picture short subjects division, responsible for turning out hundreds of shorts starring the Three Stooges, Buster Keaton, Harry Langdon, et al. From 1935 on, Jack was employed by his brother Jules at Columbia, where he worked as a writer and director until the shorts department closed in 1957.

To learn more about show biz history, consult No Applause, Just Throw Money: The Book That Made Vaudeville Famous, available at Amazon, Barnes and Noble, and wherever nutty books are sold.