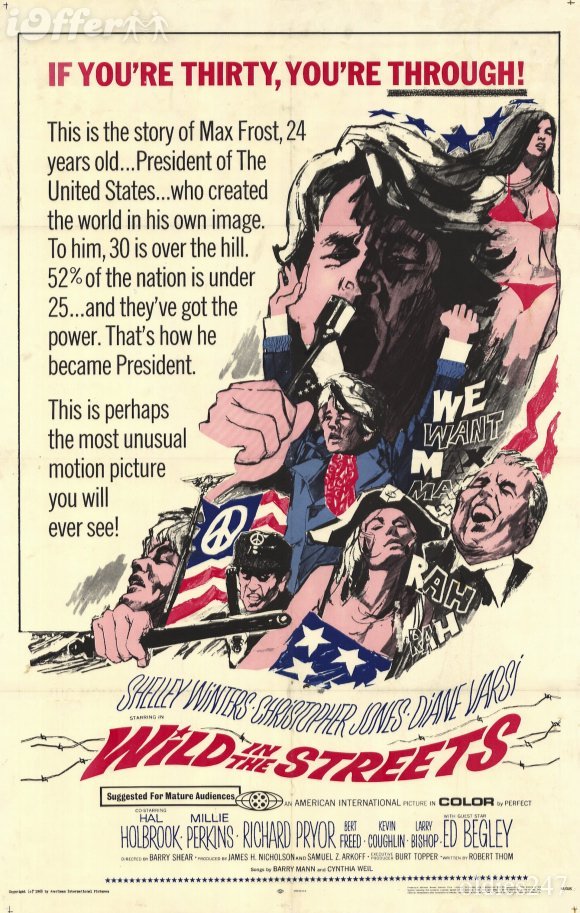 I just got wind (thanks Andrew Martin) that Christopher Jones has died, a fitting time to pay tribute to one of my favorite movies Wild in the Streets (1968). This movie was a major influence on my show Willy Nilly –– released at the height of domestic turmoil in the rebellious 1960s, it’s one of those exploitation fests that tries to have its cake and eat it too, deploring hedonism and excess even as it dishes it out to you on a silver platter. Jones plays a cat named Max Frost, leader of the fictional rock band  Max Frost and the Troopers (the drummer of which, one “Stanley X” is played by a young Richard Pryor.) But this outfit is MORE than just a rock band…it is also a cult and also, most importantly a political party. It is startling in some ways how much the story of the rise of Max Frost mirrors that of Charles Manson, or at least the family’s fantasies of Manson. Frost’s followers dose congress on LSD, getting them to lower the voting age to 14 (their rallying song “14 or Fight”), which allows Max to get elected President of the United States (just go with it). But there is a tinge of fascism to it. In time, there are concentration camps for anyone over 30! 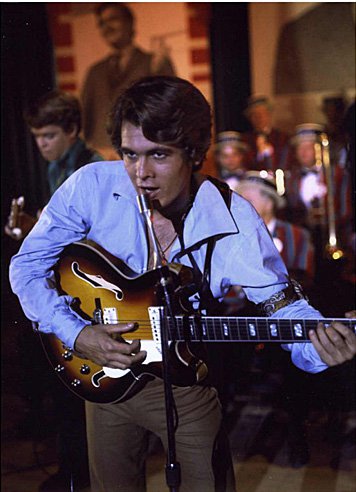 Only the most paranoid of old farts would be alarmed by this movie’s nightmare scenario, in part stoked by the drive at the time to lower the voting age to 18. Hal Holbrook plays a Bobby Kennedy-esque lamoid liberal, only too glad to give “young people” enough rope to hang him and all the other squares, just so long as they’ll vote for him in the next election. None other than Walter Winchell is the voice of unreason, played quite appropriately, by himself. Shelley Winters begins her slide into “late Shelley gonzo” as Frosts’s con compos mentis mother. And above all there is the magnetic Jones chewing the scenery in one of the coolest of cool sixties performances ever: part Abbie Hoffman, part John Lennon, part Bobby Sherman, and part Mod Squad villain. And the music, baby, the music! If I had one record to bring to a desert island, the soundtrack to this movie would not make me unhappy: