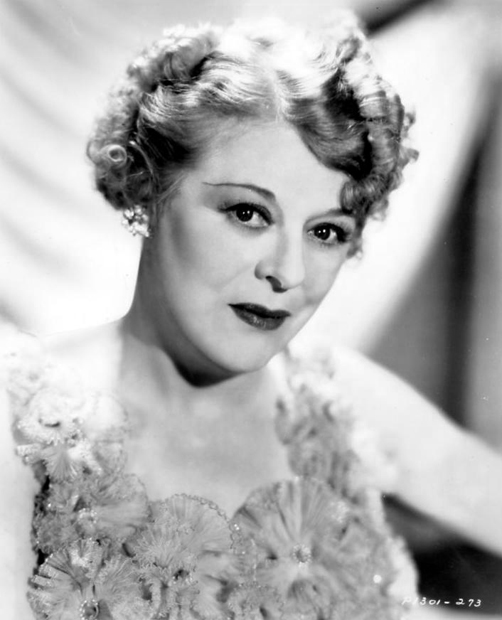 Today is the birthday of Mary Boland (Marie Anne Boland, 1880-1965), best known and loved for playing ditzy and/or dumb wives and mothers, usually wealthy ones in high society (or pretentious climbers who aspired to that status). Movie fans know the comical character actress from such classics as If I Had a Million (1932), Six of a Kind (1934), Ruggles of Red Gap (1935), The Women (1939), Pride and Prejudice (194o), One Night in the Tropics (1940) with Abbott and Costello, and Nothing But Trouble (1944) with Laurel and Hardy. Other frequent co-stars included W.C. Fields and Charlie Ruggles.

But that highly affected manner and diction didn’t materialize out of nowhere. Boland was a second generation stage actress from Philadelphia. She began acting as a teenager, and was on Broadway by 1907, appearing in over three dozen plays over the next five decades. Notable shows included George Kelly’s The Torch Bearers (1922), her biggest hit Cradle Snatchers (1925-26), Face the Music (1932-1933), and Olsen and Johnson’s Hellzapoppin (1938-1941). From 1915 through 1920 she appeared in eight silent pictures, though this initial stab at a movie career was not judged to be a triumph. It was in the talkie era, following her many Broadway successes, that she became a cherished ensemble player in Hollywood. Boland retired from both stage and screen in the mid 1950s.