Pola Negri: The Vamp in Vaudeville

Today is the birthday of Pola Negri (Apolonia Chałupiec, 1897-1987). Polish born, she originally trained as a dancer until illness compelled her to focus instead on the dramatic arts. Success on the Polish stage and screen led to work in Berlin and collaborations with Max Reinhardt and Ernst Lubitsch, which inevitably led to Hollywood in 1922.

Considered one of the legendary beauties of the era, Negri was one of the top Hollywood stars of the 1920s, in films like The Cheat (1923), Forbidden Paradise (1924) and The Woman from Moscow (1928). For a time her name was linked romantically with Charlie Chaplin’s: 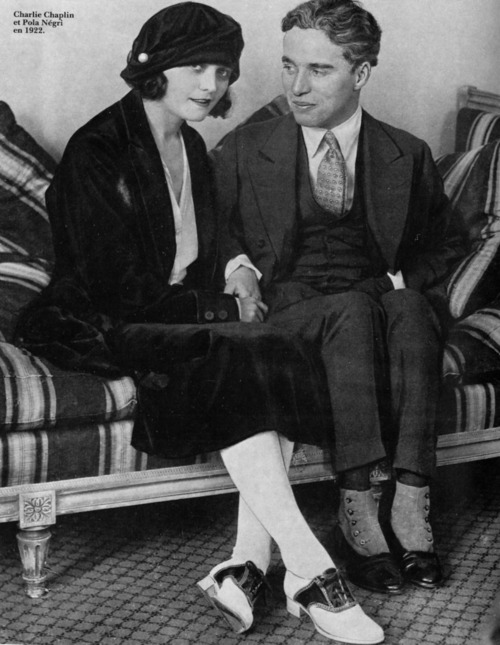 What’s the vaudeville connection? It comes a bit later, during vaudeville’s last days in 1932 when Negri toured to promote her musical film A Woman Commands, in which she popularized the song “Paradise”.

She spent most of the thirties making films in Europe until the Nazis drove her back to the U.S. She only made two films after her return, Hi Diddle Diddle (1943) and The Moon Spinners (1964).

To find out more about the history of vaudeville, please see No Applause, Just Throw Money: The Book That Made Vaudeville Famous, and for more on silent film, read Chain of Fools: Silent Comedy and Its Legacies from Nickelodeons to Youtube,