Three to See at MoMA

While I go to museums pretty frequently, it’s been ages since I’ve been to the Museum of Modern Art (and ages before that since I’ve gone there to do anything but look at films). I really don’t know why; perhaps some combination of 1) I feel like I know the permanent collections pretty well, and 2) the special exhibitions rarely speak to me. Both reasons sound arrogant of course unless you take into account that looking at paintings is not, after all, my life’s work. One can always learn something by looking at almost any visual art. I just have so many plays, movies and books vying for my attention ahead of it. But MoMA caught my attention this fall with not one, but a trio of attractive looking temporary exhibitions. This was critical mass for a visit – – braving holiday traffic no less.

Magritte is one of my favorite painters so I was willing to stand in line to see this show chronicling his early years. Why I love him should be no mystery: he was a humorist and an existential philosopher rolled into one. But I also really love his bold, clear, simple visual style. To appropriate the name of one of his paintings, he understands The Pleasure Principle; his paintings are designed to please the eye even as they stimulate the brain with their paradoxes, conundrums, jokes and head-scratchers. This exhibition (which was WELL worth standing in line for 15 minutes, and trust me, I say that about NOTHING) shows that his unique sensibility was born nearly coming out of the gate. Surrealism was scarcely more than a couple of years old when Magritte produced his first surrealist painting in 1926. While he was to continue to create work for another four decades, many of his most famous paintings were made during this first decade.

I was moved to see one of my favorite paintings in the show, 1928-29’s The Treachery of Images, with its famously enigmatic yet perfectly straightforward caption:

Frankly I would have stood in line for much longer than 15 minutes to see just this one painting, which belongs to the L.A. County Museum of Art. But there were at least another dozen in the show I could rave about in similar terms. There was The Clairvoyant, the 1936 depiction of an artist looking at an egg yet painting a winged bird. Not to be Reproduced (1937) in which a man looks into a mirror and sees the back of his head. And on and on. In addition to the paintings, there are notebooks, manuscripts, exhibition programs and the like to round out the picture of these early years.

I walked out of the exhibition feeling as though I had been huffing pure oxygen, or that someone had been literally massaging my brain with a loofah. The exhibition also got high marks from my teenage son, also a good sign of how exciting the show is. It runs through January 12 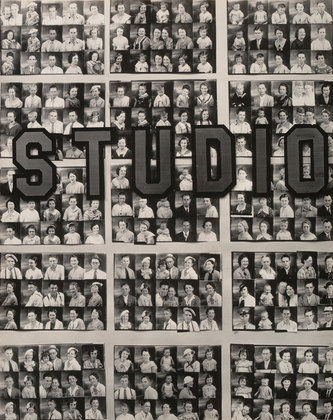 2013 marks the 75th anniversary of the first showing of these photos by Walker Evans at MoMA (their first photo show ever) in 1938. I became an enthusiast for his work based on his collaboration with James Agee Let Us Now Praise Famous Men. Some of those pictures are in this show, but this collection of artfully arranged photographs is not restricted to that seminal batch. One thing that interests me about him is that, for someone so much associated with documentary work and “candids” he is very much interested in composition and geometry, the abstract patterns made by plowed fields and telephone poles and smoke stacks and colonnades. And yes the peeling paint on churches, and movie posters plastered on fences, and the haunted faces of the hopeless and the hungry. This is another one everyone should see. It’s on view through January 26.

I felt oddly less impressed by this ostensibly far more ambitious show. Look at the title; such a show could and should cover a lot of ground. This one sort of doesn’t. It draws from the museum’s own collection of works from between 1915 through 1950, giving us for the most part canvasses and photo prints we have seen many times. Don’t get me wrong – – these are among the great masterpieces of the 20th century, including not just Hopper and O’Keefe, but Andrew Wyeth, George Bellows, Ansel Adams, Alfred Stieglitz, Paul Strand, Berenice Abbott etc. It all hangs together as sort of a somewhat conservative “greatest hits” collection…not sure what it’s supposed to add up to as a statement beyond “come see our famous paintings”. And I’m happy to look at those Hoppers anytime, so okay!

A good one for tourists, maybe not so much for NYC museum-going regulars. It’s on through January 26

We went through the permanent collections, as well (my son hasn’t been in the MoMA galleries since he was a tot) and also caught a couple of the other temporary exhibitions. Isa Genzken’s piles of garbage held together with red electrical tape left me somewhat cold. But I was moved and impressed by Isaac Juliien’s Ten Thousand Waves, a large scale multi screen 55 minute video installation inspired by the drowning deaths of some Chinese fishermen. That one will be on view through February 17