Marlo Thomas is THAT GIRL 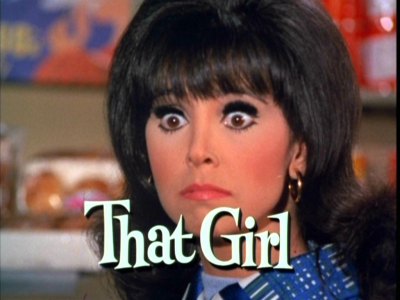 Today is the birthday of Marlo Thomas (b. 1937). It may be ironic, but it’s likely that Ann Marie’s Quixotic attempts to be a successful Broadway actress in New York would have been among the first influences that planted a similar idea in my head as a young whippersnapper. Heartbreak and struggle seem so much more glamorous when they come with a laugh track! More compelling than the character’s own example though was the exciting lure of New York City, which was like a character itself on the program. The show’s memorable opener, a sort of love poem to New York, clearly influenced the credit sequences of a great many subsequent shows, including those of The Odd Couple, The Mary Tyler Moore Show and The Bob Newhart Show. The credit sequence lovingly sets up the location. 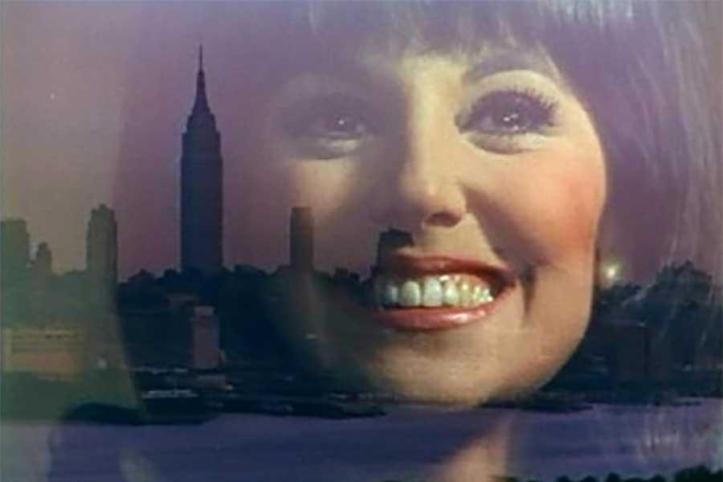 I recently went back and binge watched many episodes of the show after not having seen it since I was a small child, and was struck by many things. One is the enormous influence the show had on me. All these years I never realized. The New York stuff I just mentioned, and aspirations to be an actor. On the show she attends acting classes, where her persnickety teacher is Billy DeWolfe! I watch those scenes now, and I’m like “Oh yeah”. Just a few years after this I was TAKING my first acting classes.

And then there’s the comedy STYLE, the delivery of lines, very much intertwined with my love of New York. Very often it’s the supporting cast, the guest stars playing the role of New Yorkers around her who help provide this texture (actors like Herb Edelman, whom we just blogged about here). The most consistent provider of this element was Lew Parker, who played her father Lou Marie, who lived in upstate Brewster, New York, but clearly moved there (as so many who moved to the suburbs did) having originally come from Brooklyn (and Parker was originally from Brooklyn. His real last name was Jacobs). Listen to that guy. He knows how to deliver a LINE. (Mrs. Marie was played by Rosemary DeCamp). 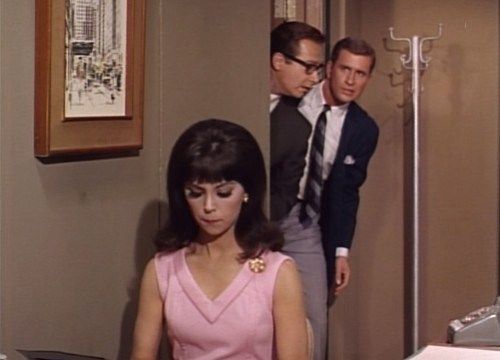 As does Ted Bessell as her perpetually exasperated boyfriend Donald, who surely planted in my head the concept that you could be a MAGAZINE WRITER! What a glamorous life. A New York magazine writer! The art director’s conception of Donald’s working conditions (he has his own office in a midtown skyscraper) seem a tad unrealistic in retrospect, but that only fed the fantasy. And Donald’s co-worker is played by a post-Get Smart, pre-Love Boat Bernie Kopell!

Others in the ensemble, while not stereotypical New Yorkers, helped create a great comic fabric. There’s an unrecognizable Dabney Coleman as Ann Marie’s neighbor, a meek, mousy pediatrician. He wears glasses, has no mustache, his voice is more high pitched. It’s Dabney Coleman as you’ve never seen him. It’s worth watching a few episodes for this alone. Bonnie Scott was memorable as Coleman’s wife and Ann’s best friend in the first season. (She kind of inexplicably vanished from the face of the earth after this). In the second season she got a new best friend played by Ruth Buzzi. And Ronnie Schell (later about equally known as Gomer Pyle’s buddy) plays Ann Marie’s fast talking agent.

Above all, there is Thomas herself, who is pretty much a dream. She was an extremely gifted comic actress (she makes the BEST faces), who not only inherited her father’s talent and charisma (her father was of course Danny Thomas) but has all these extra, indefinable qualities that engage you: she’s at once EXTREMELY high energy, beautiful and adorable. 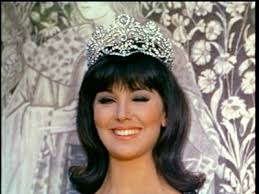 Though the character is scatter-brained and high-maintenance (a kind of Lebanese-Italian-American Princess, if you will), she is far more fetching than she is irritating. You generally want to help her even when it’s her fault, as it usually is, and that’s a necessary quality in a comedian. If you find yourself asking “What do I care what happens to this person?” you generally also find yourself asking, “Hm, so what else is on?”

Maybe most importantly, it struck me — HARD — how much influence Thomas had on me as a person. I have been struggling for ages to sort out where I got my feminist inclinations, for I was raised in a paleolithically conservative household. I did have a radically feminist sister-in-law, many teachers, and moms of friends, and later many female friends who illuminated another path, but an equally if not more powerful influence was the pop culture of the time. I was a tv junkie and tv HAMMERED the message, and it’s one of the many reasons I’ve found myself nonplussed by the large percent of the population that’s so reactionary. Maybe you had to have been precisely my age, watching tv as a child in the early ’70s. Generation X is numerically smaller than the generations that came before and after it. But, nah, there are plenty of people my age who seem untouched by the ideas that were circulating back then. At any rate, they had an impact on me.

The show had been conceived and devised by Thomas herself (she originally wanted to call it Miss Independence, a nickname her parents had for her). The show was groundbreaking, and came along several years before even The Mary Tyler Moore Show. It was a new concept: a female hero who is living for herself, following her own star, and disregarding the nagging males around her (her father, her boyfriend, and various other people who come in and out of her life) who are trying to cramp her style. Watching it today, you can see that it’s transitional. When the show was launched it was still the era when a young lady in New York wore gloves and pill box hats and let men call them a taxi. Ann Marie is a virgin — at least she won’t have sex with Donald (and let’s face it, he doesn’t deserve any. He’s pretty irritating). But it’s still a great leap forward. It’s such a leap forward that I, a working class male, watch the show and don’t just sympathize with her but IDENTIFY with her.

Thomas, of course was on a path. Still ahead were things like the Ms. Foundation and Free to Be…You and Me, the epochal TV special that influenced millions of kids my age.

Thomas’s activism outgrew her career, and watching That Girl, I can’t help but regret that a little, because she is (or was) such a great comic actress. And what influenced me to be a feminist was That Girl, not the Thomas of the late 70s and 80s. There is a lesson there, and it’s one I’ll be exploring in an upcoming post. But for the nonce, let’s just celebrate…That Girl!