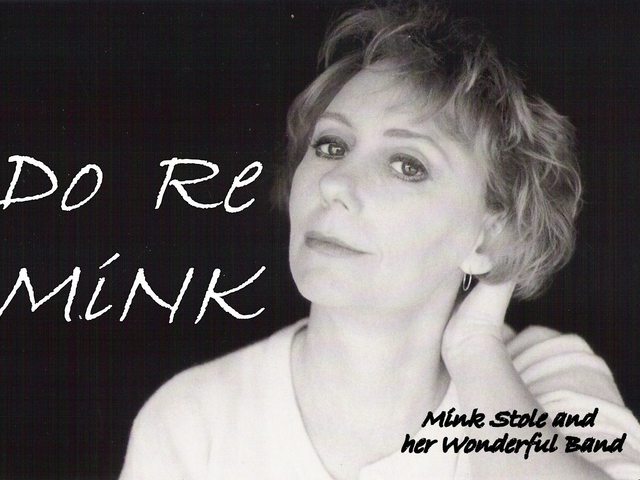 Over the course of her long career, Mink Stole has been associated with many shocking projects, but the big shock about her new music CD Do Re Mink is how tasteful it is. After all, her frequent collaborator John Waters literally wrote the book on bad taste. (You think I’m kidding? I NEVER use the word “literally” incorrectly. Go here for info on Waters’s classic tome, the bad taste Bible really, Shock Value: A Tasteful Book About Bad Taste.) I think I can be forgiven for expecting the album to contain punk music, something sort of Patti Smith– like.  Or perhaps some sort of big tacky parody; one can easily picture something along the lines of Tracey Ullman’s 1983 hit song and video They Don’t Know. But while Stole’s most famous screen characters can best be described as monstrous, in real life she comes off as warm, gentle and — most surprisingly — normal, a sort of Baby Boomer Shirley Jones.

Compared with my preconceptions, Do Re Mink is what I would describe as a quiet cabaret set. It’s not without funny nods to her famous persona; tunes include the theme song to Female Trouble and an anthem to Baltimore by Randy Newman. Most of the tracks are jazzy and piano based, and like I say, quiet, with a brushed drums kind of mood. Mink’s voice is lovely, relaxed and theatrically emotional. Almost all of the songs have some kind of ironic edge, subtly juxtaposed with her straight-faced renditions which must go over like gangbusters in live performance. One of the highlights for me on the record is her French language version of the 1966 Sonny and Cher classic “Bang Bang (I Shot My Baby Down)”. But the best new find of the bunch has to be a tune called “No Nose Nanook”, a mock lament about an Eskimo girl with a very special handicap. It seems this is the Mink Stole record fans were expecting after all.

Christmas is coming! Though another one is going by without the long awaited Waters’ Christmas movie Fruitcake you can console the people on your gift-giving list with this.: http://theminkstole.bandcamp.com/album/do-re-mink-2