On the Phenomenon of the Indian Medicine Show 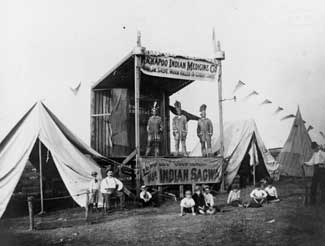 Here’s another post in honor of Native American Heritage Month.

This post is a refinement on an earlier one, on the history of the medicine show. We think of these as distinctly American phenomenon, but they actually go back to Europe in the middle ages. What gave the old time medicine show its distinctive American flavor in the late 19th century was the masterstroke of marrying the ancient patent medicine idea to the mystique of Native American cure-alls, suggesting that the tonic and salves were prepared by real Indian medicine men, and presenting Native Americans (real or simulated) as part of the show. 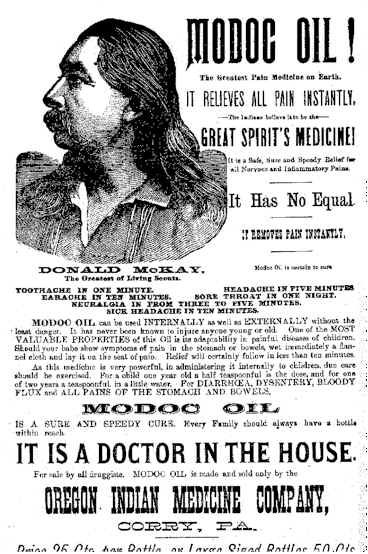 One of the first of these was the Oregon Indian Medicine Company formed by circus impresario and former secret service agent Colonel T.A. Edwards in 1876. The keystone of his operation was Donald McKay, a trapper and trader who was one-half Modoc Indian. Edwards took McKay and a bunch of Modoc warriors on a tour of Europe in 1874, winding up at the Philadelphia Centennial Exposition two years later. It was there that he got the brainstorm for his next entrepreneurial scheme: Ka-Ton-Ka, a cure-all medicine supposedly made by the Modocs in Oregon, but actually produced in a Pennsylvania factory. Eventually the Oregon Indian Medicine Company had a string of 37 travelling medicine shows hawking a full product line including Modoc Oil, Nez Perce Catarrh Snuff, Indian Cough Syrup, War Paint Ointment, Donald McKay’s Indian Worm Eradicator, Warm Springs Consumption Cure, Mox-ci-tong, Wasco Cough Drops, and of course Ka-Ton-Ka in all its various forms. This company faded away shortly after Colonel Edwards death in 1904.

The biggest of all the Indian medicine shows was run by the Kickapoo Indian Medicine Company, which started to take off in 1879. That was the year a number of colorful characters with various histories in the patent medicine all came together and the sparks started to fly. John E. Healy was a Connecticut based peddlar who sold a remedy called King of Pain among other things, and had run a blackface** minstrel show. Dr. E.H. Flagg sold a liquid called Flagg’s Instant Relief (which was essentially the same concoction as Hamlin’s Wizard Oil, another popular patent medicine) on the streets of Baltimore between songs and violin solos. Texas Charlie Bigelow was a colorful Western frontier character who’d been pitching the medicines of a dubious Dr. Yellowstone out west. It was in ’79 that Healy and Flagg hired Texas Charlie and another character named Nevada Ned Oliver (who’d spent time on Percy Williams shows) to hawk Flagg’s remedy, now to be renamed Kickapoo Indian Sagwa. (The Kickapoo are a real tribe, by the way, from Kansas, Oklahoma and Texas).

Healy and Flagg’s scheme was to do it big. They hired a large number of Native Americans (it didn’t matter what tribe, although they all were claimed to be Kickapoos) have them rent a storefront and be seen to be mixing a brew of herbs and roots and so forth in a big pot; the show would feature the western style pitch, with lots of Indian chanting, drumming and dancing. In peak years, the company had dozens of shows on the road (perhaps as many as 100). The outfits would pitch little camps of teepees to attract the crowds. They also added vaudeville acts into the mix. The key was relentless branding. Everything was Kickapoo. Kickapoo Indian Oil, Kickapoo Buffalo Salve, Kickapoo Indian Cough Cure, Kickapoo Indian Worm Killer, etc. The gambit was so successful that in addition to this nationwide company, there were countless counterfeiters crisscrossing the country all CLAIMING to be Kickapoo shows (which were bogus enough to begin with!) 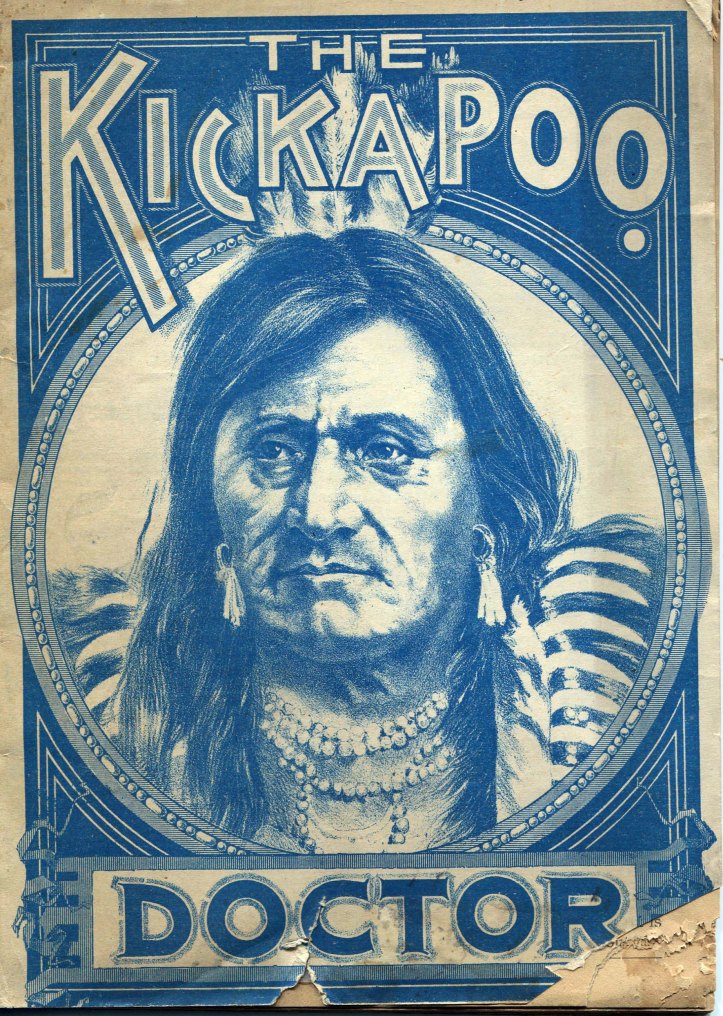 There were scores, maybe hundreds of these shows across the country (mostly the south and midwest), fronted by flashy characters in buckskin suits and western hats promising miracles from these bog Native American remedies. Nevada Ned was so popular a pitchman with the Kickapoo show that he left and started his own medicine show, Nevada Ned’s Big Indian Village. Others included the Old-Fashioned Indian Medicine Company, the Blackhawk Medicine Company, the Winona Medicine Company of the Sioux Tribe, the Kiowa Medicine and Vaudeville Company, the Choctaw Indian Medicine Show, the Pawnee Indian Remedy Company, and the Iroquois Famous Indian Remedies Company of Harlem!

By the 1930s, these shows were a thing of the past, due to a variety of factors, including new laws against patent medicine, and the same technological onslaught (i.e., radio and cinema) that did in several other live theatre forms, including vaudeville, sideshows, and very nearly live entertainment as a whole. One might have hoped that public outcry against exploitation of Native Americans were a factor, but such sentiments took several more decades to be born. When they did (in the 1970s) they did indeed very nearly kill the cinematic genre known as the western. 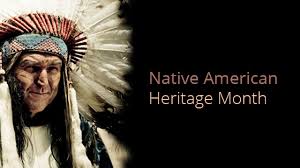 Much of the information in this article came from the late Brooks McNamara’s terrific Step Right Up, the definitive book on the American medicine show.

For more on the history of the variety arts (including medicine shows) consult No Applause, Just Throw Money: The Book That Made Vaudeville Famous, available at Amazon, Barnes and Noble, and wherever nutty books are sold.