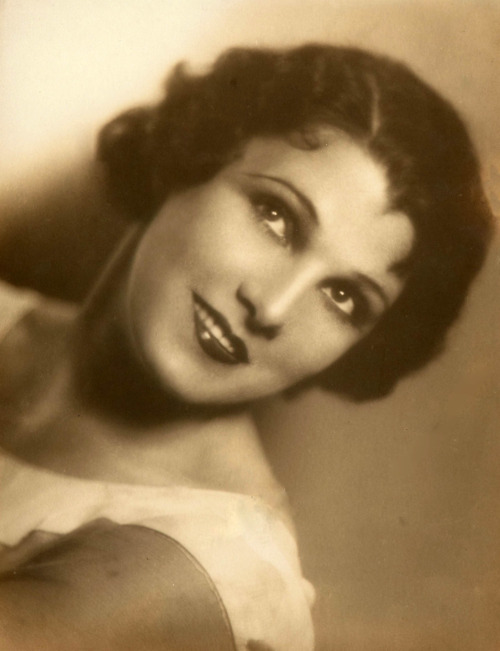 Today is the birthday of Leatrice Joy (1893-1985), one of the biggest film stars of the twenties. Joy broke into silent film in her native New Orleans in 1915 and briefly worked in stock theatrical companies and yet another silent film concern in Wilkes-Barre, Pennsylvania through 1917. Moving out to Hollywood she appeared in numerous Billy West King Bee comedies with West and Oliver Hardy through 1918. She then went on to work for Sam Goldwyn, Paramount and Cecil B. DeMille throughout the 1920s. With her close-cropped, mannish hair set a fashion trend, and she was often cast as strong-willed, independent women that were emblematic of the spirit of the 1920s. From 1922 to 1924 she was married to actor John Gilbert, a pairing that ended in a very public and acrimonious divorce on account of his drinking.

Like many silent movie stars she undertook a big time vaudeville tour in the late 1920s to prove that audiences would respond well to her voice, since talkies were coming. She did get cast in a few talkies in 1930, but it didn’t click. After that she had about a half dozen small roles spread out over 25 years.

To learn out more about vaudeville consult No Applause, Just Throw Money: The Book That Made Vaudeville Famous, available at Amazon, Barnes and Noble, and wherever nutty books are sold.