On Archie Campbell and “Hee Haw” 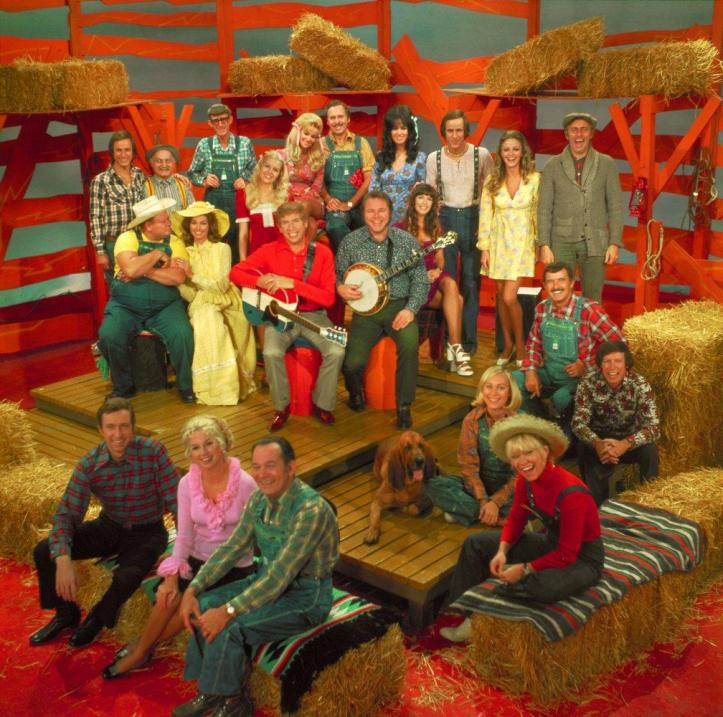 Today is the birthday of corn-fed country comedian Archie Campbell (1914-1987), as good a time as any to talk about that peculiar, never-to-be-repeated television phenomenon Hee Haw. I am startled to learn this morning that this show (which launched in 1969) was still being produced in the early 1990s! I remember it as chiefly an (early) 70s phenomenon. The show was syndicated — it may just be that they pulled it out of my area (New England) after a certain point. The reason I say Hee Haw was “never to be repeated” was that it was an amazing smash-up of the traditional and the contemporary. It borrowed the fast-paced crazy-quilt-collage video format of Rowan and Martin’s Laugh-In but used it to present highly traditional rural entertainers: country musicians from the Grand Ole Opry and the sort of black-out skits that owed their origins to minstrelsy**, vaudeville and old time radio. 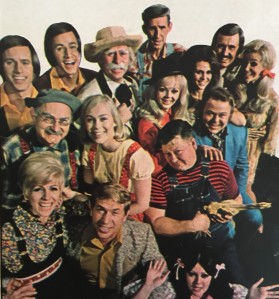 While Buck Owens and Roy Clark were the hosts and the musical stars, I think it would be safe to say that Campbell (who was also one of the head writers) was its principal comedy star…he certainly seemed to anchor most of the show’s recurring comedy bits. These included doctor sketches, barber shop sketches, the “that’s bad/ that’s good routine”, monologues full of Spoonerisms, and the “Where oh Where Song”. 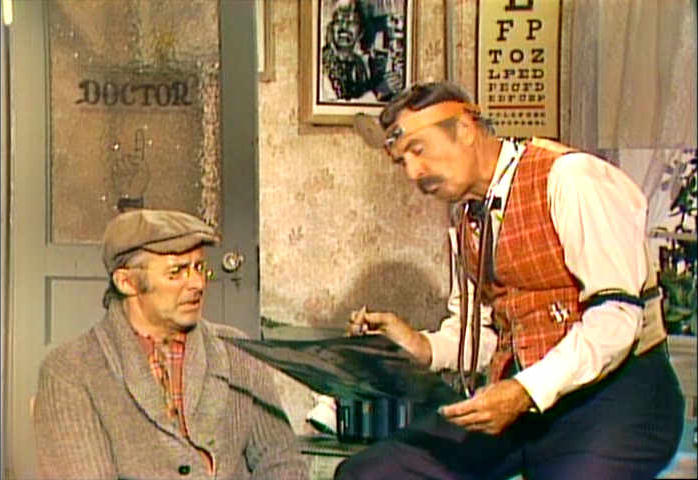 Other major cast members on the show included Minnie Pearl, Grandpa Jones, String Bean, Barbi Benton, Gailard Sartain, Junior Samples, George “Goober” Lindsay, and many others. I come from a rural background on both sides of my family. Needless to say, this show was hugely important in our house when I was growing up. Nothing makes me sadder than to think that new generations of young people wouldn’t relate to, or wouldn’t “get” the performers on this show.

Although I’ll be up front — as a teenager and young adult I recoiled big time and disowned it, much embarrassed by its homely lack of sophistication. I’m sure I’m not alone in having a phase like this. But there’s much about it that I miss now. A lot of the old folkways go back for centuries. We seem to be increasingly cut off from them these days.

In case you were wondering what the “Where Oh Where” song was, this is it. The opening verse would change every week:

To learn out more about show business history (including tv variety) consult No Applause, Just Throw Money: The Book That Made Vaudeville Famous, available at Amazon, Barnes and Noble, and wherever nutty books are sold. And don’t miss my new book Chain of Fools: Silent Comedy and Its Legacies from Nickelodeons to Youtube, just released by Bear Manor Media, also available from amazon.com etc etc etc