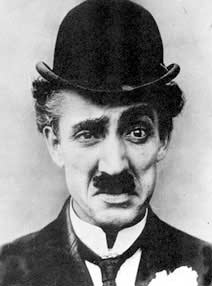 Today is the birthday of stage and screen comedian Billie Ritchie (1878-1921).

A native of Glasgow Scotland, Ritchie got his start in music hall with Karno’s Speechless Comedians, springboard of so many comedy greats, including Charlie Chaplin and Stan Laurel. Just a few months after Chaplin started for Mack Sennett at Keystone, Ritchie started working for Sennett’s breakaway competitor Henry Lehrman at L-KO (and later at Fox Sunshine). 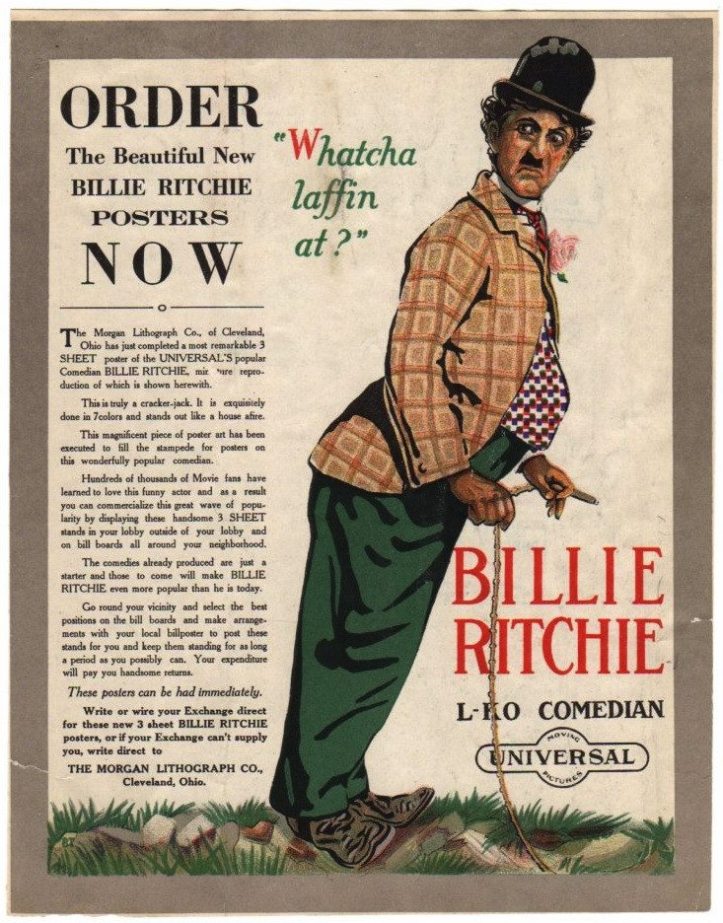 Many pointed out the similarity of Ritchie’s character to Chaplin’s (see above) and accused him of plagiarism. But there was a a bit of a complication: Ritchie’s character actually pre-dated Charlie’s. He’d been doing his own tramp onstage since the 1880s, and had been the first to play the part of the drunk in “Mumming Birds” (a part that Chaplin later played). Indeed, Ritchie would always contend that Chaplin had stolen his character, which was a vast oversimplification of the case. And besides, Chaplin was brilliant in ways that Ritchie was not. Still the similarity of their gestural vocabulary is uncanny. Ultimately, I think we have to trace a lot of that back to Karno himself.

Unfortunately, Ritchie’s career came to a screeching halt (literally) in 1919 when in the middle of shooting one of his comedies he was attacked by a flock of vicious ostriches. This mishap is tragic, of course. Unfortunately, it’s also hilarious. Ritchie succumbed to his injuries from this attack two years later. Many out there would contend that Ritchie did not die of his ostrich injuries. Preposterous! If you want science on the issue, take yourself to another blog, and quickly. I’m not here for medical diagnoses but to celebrate comedians. On Travalanche, if a silent comedian gets attacked by an ostrich and then dies, he died from ostriches, end of story. You’re more than welcome to savor a duller story somewhere else.

To learn more about silent and slapstick comedy please including comedians like Billie Ritchie check out my new book: Chain of Fools: Silent Comedy and Its Legacies from Nickelodeons to Youtube, just released by Bear Manor Media, also available from amazon.com etc etc etc