The Man Who Taught Steve Martin to Make Balloon Animals 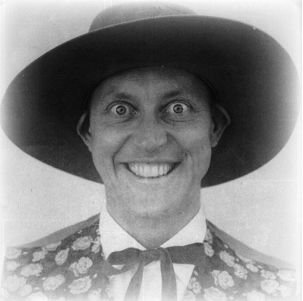 Today is the birthday of a man whose name will probably never be better known than it already is, but whose career forms an important link between show business past and show business present: Wally Boag (1920-2011).

A professional dancer since childhood, as a young man in the early 1940s he began to perform comedy in nightclubs, resorts and theatres in the U.S. as well as British music hall. His funny balloon animals (his “Boagaloons”) were already part of his act by then.

From 1955 through 1982 he starred in The Golden Horseshoe Revue in the saloon at Disneyland (except for a brief period in the early 70s where he did the same show at Walt Disney World). This is where Boag met and mentored the young Steve Martin, teaching him not only how to make balloon animals, but elements of comedy and timing and a love for old school show biz in general (Martin recounts it wonderfully in his book Born Standing Up). In this subtle way, Walt Disney (who was a big fan of Boag’s) kept the vaudeville aesthetic alive; The Golden Horseshoe Revue passed the baton from one generation to the next.

Boag also got small roles in The Absent-Minded Professor, Son of Flubber and The Love Bug.

Here he is in action!

To learn more about silent and slapstick comedy please check out my new book: Chain of Fools: Silent Comedy and Its Legacies from Nickelodeons to Youtube, just released by Bear Manor Media, also available from amazon.com etc etc etc