Jimmie Rodgers: The Father of Country Music, in Vaudeville 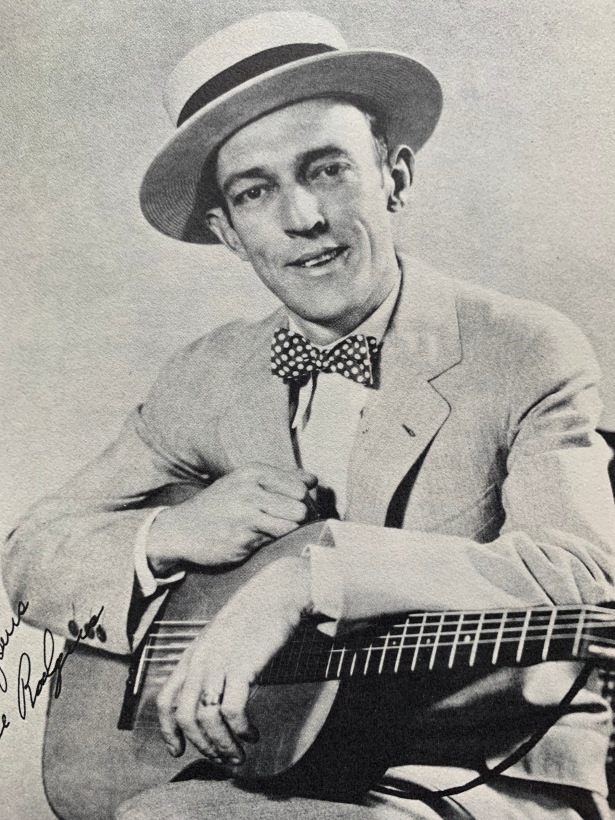 By 1927 he had his own radio show and began to make recordings. His influence is marked in performers ranging from Hank Williams to Gene Autry to Jimmie Davis (“You Are My Sunshine”). Unfortunately in 1924 he had contracted TB. By 1933 the toll of performing on his weakened body was too much; he died that year of a pulmonary hemorrhage after several days of recording.

Believe it or not, there’s actually some film of him. He made this short The Singing Brakeman for Columbia Pictures in 1930: