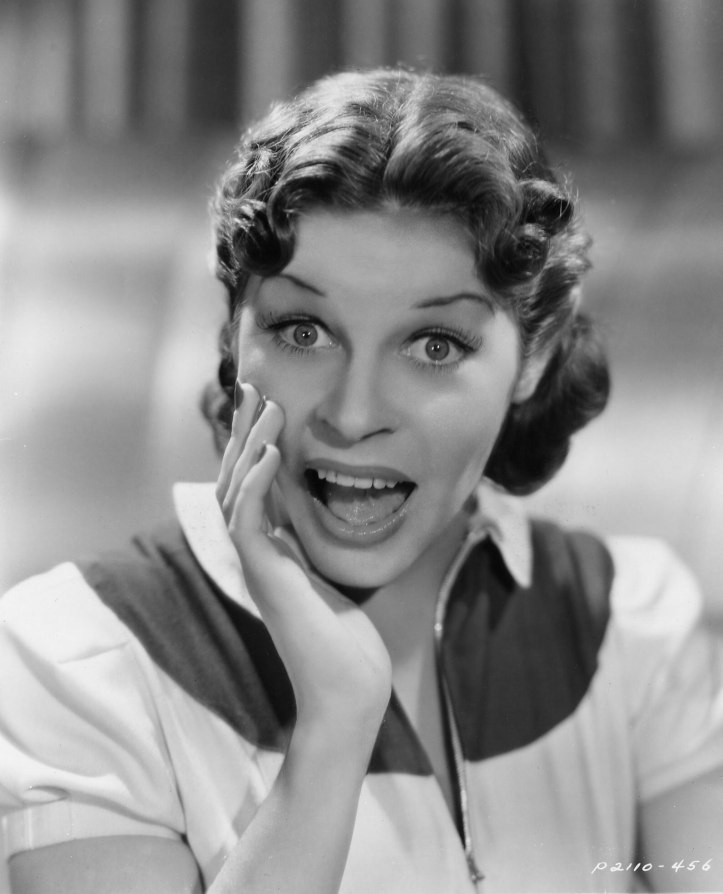 This strange (and to many, irritating) performer was born Margaret Teresa Yvonne O’Reed on this day in 1916. As a comedian, she is in a class with Jerry Lewis and Carrot Top. There are times when you simply cannot look. Endowed by her maker with a cavernous cake-hole, and an odd-looking puss, she was not given to judicious or economic use of same. As an actress, she always seemed to be on uppers – talked, walked and moved like a speed freak. However, she did have a decent voice and a likable persona when focused on delivering a song.

She made her vaudeville debut at age three in her parents act, Reed and Hooper. As she got older, she toured with comedian and dancer Ben Blue, who later fired her. Bing Crosby and Norman Taurog caught her act in a nightclub in 1936 and cast her in the film Rhythm on the Range, where she was given the comic novelty number “Mr. Paginini” to sing. In the late 30s, Olsen and Johnson made her part of their Hellzapoppin family, and she was to have one of the main roles in the film version in 1941. She enlisted her big, bellowy voice and steam-roller personality in the service of her country in a vigorous USO tour during the Second World War. Charlie Chaplin gave her the best screen role of her career in his 1947 Monseiur Verdoux, but barely anyone in America has ever seen it. From 1953-56 she had her own television program: The Martha Raye Show (which evolved out of the earlier All Star Revue).She had a big role in the 1962 film Jumbo playing opposite Jimmy Durante, and starred in Broadway in Hello, Dolly (1967) and No, No, Nanette (1972). Younger readers will no doubt recall her as the villain in the psychedelic Sid and Marty Krofft show The Bugaloos. Her last major gig was as the national spokesperson for Polident. Great set of choppers on that lady.

To find out more about  the history of vaudeville, including stars like Martha Raye, consult No Applause, Just Throw Money: The Book That Made Vaudeville Famous